Will increase our digital spends by 100% next year, says Mark Moran of Simplilearn

Moran, Chief Marketing Officer, Simplilearn, says the global platform is well positioned in the market with good financial backing and is growing 100% y.o.y. While it has a Rs 400-crore ad budget and majorly bets on digital platforms, it is also using print tactically to drive extra traffic 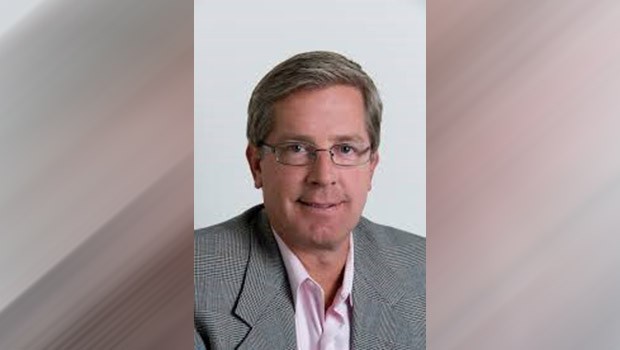 India’s edtech industry is growing fast with the current market size pegged at about $800 million and estimated to become $30 billion in 10 years. Reports say it has attracted private equity investments of $4 billion in the last five years, leading to the emergence of global edtech leaders such as Byju’s, which now commands a valuation of $15 billion and has been on an expansion and consolidation spree.

Byju’s spate of acquisitions includes online rival Toppr and Aakash, once a biggie in the traditional coaching business. Unacademy recently concluded its eight acquisitions of other smaller players.

With more than 4,530 active edtech start-ups in the country today, is the industry heading towards the consolidation of fewer players in the near future or the monopoly of a sole player?

Mark Moran, Chief Marketing Officer, Simplilearn, told BestMediaInfo that there will never be a monopoly given the market is too robust and players are growing and are well-funded.

“In the market currently, there is consolidation happening. And we believe that in two years in this space, there'll be two or three kinds of survivors—front runners, large, healthy companies—and there always will be start-ups or niche companies with newer products. But I think the market is going to really bifurcate and there will only be two or three kinds of clear, dominant players in the space. There will be no monopoly. We will never get to a single player, the market is too robust, and there are people who already are large and growing, and are very well-funded,” he said.

Asked if Simplilearn is on a similar spree of acquiring or getting acquired by a bigger player, he said, “In the edtech space, there certainly are a handful of companies that continue to do extremely well. We're well positioned to be one of them. Both with our track record and with the strength of our product with very strong financial backing, we're feeling quite good about where we are in the market. People are knocking on our doors every day. We just raised money and we are backed by the largest private equity firm in the world, so we have lots of options.”

The global edtech player has been growing 100% year on year and plans to grow further (100% plus) in the coming years. Moran said the company has been growing 2x faster than the category, while having a significant market share.

It has allocated Rs 400 crore to its overall advertising efforts, which includes major focus on digital and occasionally print, which has less than 10% of the total share. Next year, the spending on digital will grow by 100%.

For its very recent Ambition #CannotBeLockedDown campaign, it has invested Rs 100 crore. It shows how ambition and the will to persevere can let individuals anywhere in the world get ahead in their careers despite the challenges of the pandemic.

The campaign celebrates the inspirational spirit of individuals around the world who've steadfastly pursued their ambitions even during the global pandemic. This digital-first campaign will be launched across multiple digital platforms and print. The agency behind it is Bluebot.

“We've done some print for this campaign; it's more ancillary to the campaign. OTT is a significant chunk of it, almost half the budget, and the remaining for other digital channels,” he said.

Asked if it plans to increase its investment in print, he said, “For us it's a secondary channel in this campaign. We saw print as a way to kind of accentuate some of our big moments, certain days where we want to double down on media and drive extra traffic. So it's sort of additive exposure and traffic, but on a much targeted specific kind of episodic basis. It's really to spike the campaign on certain days.”

Talking more about the campaign he said, “We are trying to reset the conversation a little bit as we are coming out of 22 months of pandemic. We wanted to step back and actually celebrate the professionals out there who have been able to, in the midst of all this craziness, set aside time and advanced their careers through courses. It is less about us and more about the professional community and celebrating the learner's success. We were hoping to let people share their experiences and there's a lot already happening on social media. People are really getting engaged and sharing their own stories. So far, the reaction and engagement has been really phenomenal.”

Moran said it is expecting a very healthy ROI out of this campaign and is hoping to build brand equity.

“We have been in the market now for a decade and are a preeminent provider in the digital skilling space. But there are a lot of new entrants and a lot of noise. We simply wanted to make sure that we were having a conversation. For ROI, we look at things such as brand traffic and click through rates, what sort of revenues we can associate with this campaign over the long term,” he added.

Though the company is very much global, the campaign is primarily for the Indian market. He said India to a certain degree is the company’s home market and it remains the primary provider here.

The campaign will run for the whole fiscal year and they will keep adding newer creatives to keep it fresh among the audiences.

The edtech player is also running the campaign on Disney+ Hotstar for IPL.

Moran said it is on the lookout and is exploring some other marquee properties to associate with.

Sharing his insights on how the edtech space is growing in terms of advertising, he said it is important for brands to build trust and a connection with a professional who's thinking about taking a course.

“There are a lot of ways to get someone's attention in a given ad. Humour can be good and can be used appropriately. But in this category, a lot of ads are kind of somewhat similar. The industry needs to figure out the middle point between being extremely crazy in the ads and being the cookie cutter. We all do not want to sound the same and need to focus on what makes us different for both products and ads,” he said.

For Simplilearn, its immersive Bootcamp for digital economy skills training on emerging technologies has been reaping great results and is something that sets it apart in terms of the product differentiation.