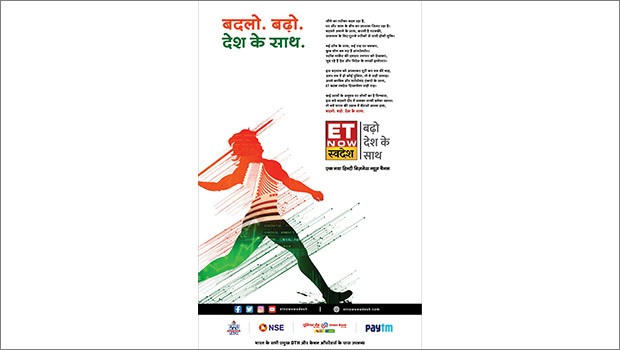 Speaking on the launch,  MK Anand, MD and CEO, Times Network, said ET Now has committed to its viewers the opportunity to ‘rise with India’ and the network has consistently delivered it for the past few years.

“The sweeping pace of change due to the Covid pandemic in the past one-and-half years has made it clear that those who do not adapt are bound to fail. Despite all the challenges, India's economy has shown tremendous growth. The stock market is at a new peak and a record number of Demat accounts have been opened. India's performance in the Olympics and Paralympics shows that the winds of change have been strong in the country,” said Anand.

“People are aware that traditional methods of investing such as savings accounts and gold won’t be able to fulfil their goals of capital creation and realising their dreams. It is in the spirit of this change that we have launched our new Hindi offering, ET Now Swadesh, to contribute to the financial well-being of every citizen of the country,” he added.

“We have unwavering faith in the growth story of India and hope to take our ‘rise with India’ mission to crores of Hindi audience through ET Now Swadesh. With our expertise and the faith of our viewers combined, ET Now Swadesh with its motto, Badlo Badho Desh Ke Saath, will become instrumental in fomenting a new investment revolution in the country,” Anand concluded.

A special brand film capturing the brand genesis was released across the network channels and its social media platforms.