Pogo and Cartoon Network bring in festive fervour for kids 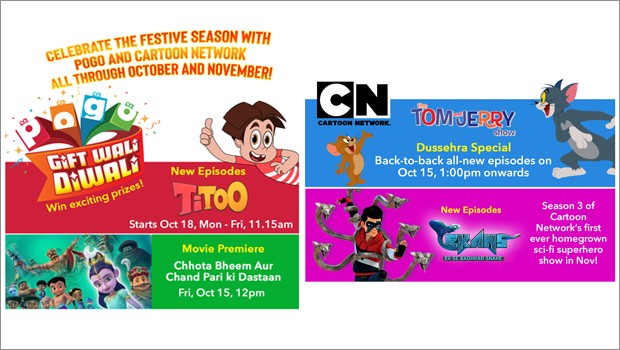 WarnerMedia India’s kids’ entertainment channels, Pogo and Cartoon Network, are ushering in the festive fervour for their young fans with an engaging line-up of shows and specials to be aired through October and November.

Abhishek Dutta, South Asia Network Head for Cartoon Network and Pogo, said, “We’re excited to present an action-packed, entertaining and fun content line-up for the entire family to watch together and enjoy this festive season. On WarnerMedia India’s kids’ entertainment channels, Pogo and Cartoon Network, we’re delighted to bring a combination of specials and new seasons of the most loved shows that are bound to take the spirit of celebration a notch higher.”