&Walsh, the creative agency for B Fizz, has led the campaign narrative for the television commercials, print and digital. The films have been produced by Ransom Films, and directed by John Poliquin 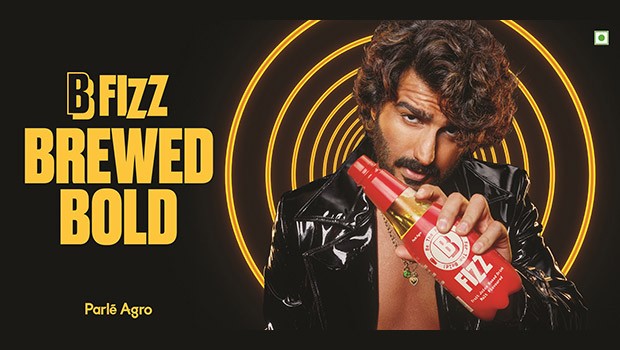 ‘Be Bold, Be Brave’ is the motto of Parle Agro’s malt flavoured fruit drink, B Fizz. The company has launched an edgy TV campaign for B Fizz with a rugged new face for the brand, Arjun Kapoor. Unveiling the new ambassador-drink duo through the ad, Parle Agro evokes a sense of fearlessness and boldness with B Fizz. Centred on the taste profile, and vigorous spirit surrounding the imagery, the campaign for B Fizz stands apart from any other drink in the market.

Parle Agro is looking to build tremendous buzz for B Fizz through a high-decibel marketing campaign. The media campaign has been rolled out nationally across multiple channels, including TV, OOH and Digital.

B Fizz is characterised as a dynamic drink for the bold, and for those who look for newer experiences and challenges which is underlined by new brand ambassador Kapoor in the TVC. The unmistakable red and white packaging coupled with its unique taste appeals to consumers of all age groups and can be consumed at any time of the day. Whether it is Diwali, New Year’s, or a house party, B Fizz is the party-starter that will make you feel fearless but also won’t blur out memories you most cherish. The malt flavoured fruit drink offers a unique taste and fizz that is perfect for consumers who prefer non-alcoholic beverages.

Nadia Chauhan of Parle Agro said, “Parle Agro takes pride in being a pioneering beverage brand that is not afraid to take risks to meet and exceed expectations of our customers. With B Fizz, we wanted to tap the audience that is bold, loves to take risks and seeks new experiences. In our latest ad for B Fizz, we have captured this very sentiment through the imagery which is bold and edgy.”

Chauhan said, “Arjun Kapoor is the perfect choice to represent the ‘bold’, ‘unique’ characteristics of B Fizz and we are elated to have him on board as the ambassador for the brand. Just like Arjun’s personality, B Fizz too holds a strong distinct character that cannot be compared to another. The refreshing duo is sure to drive reach and build greater visibility for the brand and make B Fizz an easy pick for beverage consumers across India.”

Brand ambassador Kapoor said, “I’m thrilled to be representing a unique, bold and revolutionary drink like B Fizz. There are times when a brand’s ideologies and your own personality harmonise perfectly, and my association with B Fizz is simply that. Shooting for the ad was a great experience, especially because the brand’s approach to advertising is so unique. I’m excited to be a part of Parle Agro’s vision for the brand and look forward to being part of their growth journey.”

&Walsh, the creative agency for B Fizz, has led the campaign narrative for the television commercials, print and digital. The films have been produced by Ransom Films, and directed by John Poliquin.