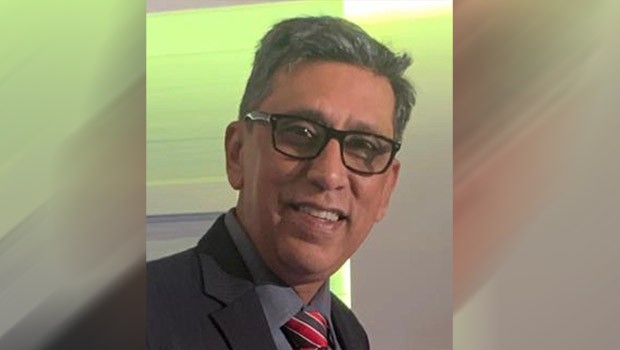 The Indian media landscape has undergone an immense transformation in the past decade, especially newspapers. Unless a newspaper’s goal is to fade into oblivion, print must be accompanied by investment in better digital experiences to stay relevant for readers.

HT is one of the leading newspapers to come up with notable print plus digital solutions over the last one year. Although HT Media’s total revenue declined 42% to Rs 1331 crore in FY21, it continues to make strides as a market leader to give to consumers what they are seeking and how they are seeking it.

With its rebranding during the pandemic last year, HT took a bold move and clubbed its print and digital sales teams.

On completing one year of its rebranding, Rajeev Beotra, Executive Director, HT Media, in a conversation with BestMediaInfo, said how the move helped the organisation to overcome the challenges and establish itself as India’s first digital plus print newspaper organisation.

While the rebranding was no less than a treat for advertisers, the newspaper organisation kept its readers happy, catering to the needs of all age groups.

Beotra said the refreshed flagship offering was conceptualised keeping the readers’ needs at the forefront to fit the fast-paced yet knowledge-seeking needs of millennials without alienating older generations who are also fast adapting to new ways of news consumption.

“We did this refresh at a time when the world was at a standstill and grappling with the pandemic to reinforce our belief in our core offering to Indian audiences. The response – both from our readers as well as our customers – was overwhelmingly positive,” he highlighted.

The concept behind rebranding

Sharing the concept behind the rebranding, he said, the refreshed HT product portfolio was designed in a manner replete with elements that offer seamless print to digital integrations, giving the readers more than what is available on just a standalone print medium. These included QR Codes attached to news stories, video pointers, links to podcasts and photo galleries that direct readers to HT’s digital platforms, allowing them to experience, engage and express more.

What does OneHT offer to advertisers?

The rise of digital media has been transforming the overall advertising landscape over the last few years. This transformation has only accelerated since the pandemic broke out in 2020. Another trend that we observed was brands shifting away from commoditised buying of media towards seeking multimedia solutions from their media partners.

Asked what HT did differently with its rebranding for advertisers, Beotra explained that the OneHT integrated sales team allows them to offer media-agnostic solutions that best address a client’s marketing goals and challenges. “It has allowed them to cross sell our print and digital media offerings and increase penetration for both types of media with advertisers.”

An integrated media selling team that offers both print and digital is helping them to engage with brands and their agency partners in a solution-oriented approach, he said. “This integrated approach also brings our category experts, our multimedia branded content hub, HT Brand Studio, as well as our events and IP teams to our clients’ disposal through a single window—the OneHT sales team. It is a shift away from the largely inventory selling approach of the past where advertisers had to engage with separate teams based on which media they represented even if they were from the same media house,” he added.

As the entire rebranding was about clubbing print and digital, which medium is on the growth path? “Print is still the largest contributor to our group’s revenue pool and after the previous year’s downturn, it is now recovering fast to pre-Covid monthly run rates,” he answered.

However, it is digital that is growing at the fastest pace as advertisers spend more on the medium and the HT Media group establishes itself as one of the top digital news players in India, Beotra said.

The impact of second wave on HT media

Talking about how second impacted the business of HT Media, Beotra said the pandemic presented both significant challenges as well as opportunities. “In the initial phase, we took a close look at our operations and rationalised expenses wherever we could while refraining from any major headcount reduction. This gave us a cushion while the advertising environment remained soft. At the same time, we scaled up our digital offerings, which attracted significant growth in traffic and subsequently drove growth in our digital ad revenues.”

However, he feels that the impact of the second wave was not as severe as the first lockdown in 2020.

“As soon as the peak of the second wave subsided, there was a noticeable uptick in advertising activity, which continued to rise through the second quarter ending in September. The festive period should see this rise further and then consolidate for the remainder of the financial year,” he pointed out.

Last year's festive season was not as bright as always. How is HT preparing for the upcoming festive season? Beotra said that the festive season is the most important period in the year for many categories and brands. “We strive to deliver the best value to our clients during this period. Last year, due to the disruptions brought about by Covid, many media houses offered discounted rates and schemes to support brands and pull in advertising.”

Beotra said HT is not planning any discounted offer as of now. Rather they’re seeing normalcy returning to the market and brands getting ready to tap pent-up consumer demand. While ad rates may not change dramatically, the discounts and schemes could be less prevalent.

As people are settling in the new normal, businesses too are returning to a normal pace. What steps is HT taking to match 2019’s sales level?

Beotra said the big change from pre-Covid times to present has been the rise of digital. HT Media’s digital flagships Hindustantimes.com, LiveHindustan.com and Livemint.com are among the top news destinations for their respective verticals.

“We have launched a slew of new digital products such as HT Auto, HT Tech, Healthshots, OTTPlay and others that are focused on specific consumer categories. Our Bengali portal HT Bangla is now one of the leading news destinations in the language. Such a portfolio allows us to offer both breadth and depth of audiences to advertisers and increase the potential to tap growing ad spends across the spectrum,” he added.

Beotra said print is on a strong recovery path after last year’s disruptions. HT is seeing significantly higher advertising volumes this year which they expect to only increase during the upcoming festive season and beyond.