Instagram highlights power of self-exploration, launches ‘We Are In The Making’ campaign

It is Instagram’s first brand campaign in India visualised in partnership with DDB Mudra. It is based on the insight that young people want to express themselves and be a part of a community, but look for constant nudges of encouragement from those around them

Instagram has announced a new consumer marketing campaign aimed at encouraging young people to express and explore their personal stories, on the platform. The campaign, ‘We Are In the Making’, is Instagram’s first brand campaign in India, and will air on TV during the IPL and the upcoming T20 cricket World Cup, in addition to other broadcasters.

The campaign is part of Instagram’s new global brand campaign and it showcases the way people can explore who they can be with Instagram. It is based on the insight that young people want to express themselves and be a part of a community, but look for constant nudges of encouragement from those around them.

‘We Are In The Making’ is hence rooted in the fact that for young people, identity isn’t defined; it’s something that’s constantly explored. Identity formation means connecting more deeply with the people that matter to you, discovering and experimenting with new interests, or sharing your perspective, however work-in-progress it may be.

Avinash Pant, Director, Marketing, Facebook India, said, “With Reels, we’ve seen the rise of a new cohort of short form video creators who’ve discovered their interests and found their voice, and attained national popularity in the process.  The new campaign from Instagram brings these local insights together, with our global platform, and celebrates the multi-dimensional generation. While the young continue to shape their identity, we wanted to highlight the power of self-discovery for them through relatable and inspirational stories. We hope the campaign encourages young Indians to express and shape themselves on Instagram.”

The campaign creatives are inspired by the community and some feature some popular emerging creators, such as @saurabhghadge_vines (Saurabh Ghadge), @focusedindian (Karan Sonawane), @just_neel_things (Neel), @the_sound_blaze (Meethika Dwivedi), @Shantanuuu (Shantanu Dhope) and @themermaidscales (Kruthika) , @sriram04 (Sriram) , @shayanroy (Shayan Roy). Each of them has used Reels, among other features, to rise in popularity and hence the campaign creatives too feature Reels.

It is a 360-degree campaign and will be visible on TV, digital, outdoors, and will have more experiential elements to it too. The films will air for 10 weeks starting today, as part of the current cricket season, and will be visible across India in eight local languages. In India, the campaign has been visualised in partnership with DDB Mudra. 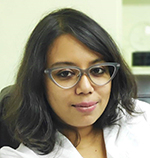 Pallavi Chakravarti, Creative Head, DDB Mudra West, said, “Experimentation is the name of the game. Or at least it was, an hour ago. That’s how quickly the world is changing in the Instaverse. A platform where a storm of creation is constantly brewing, self-expression is being permanently redefined and identities are being shaped and reshaped with every passing day. Nothing is set in stone here; it is culture-in-progress. To bring this reality to life through a campaign, we decided to keep it real. Hence the articulation: We Are In The Making.”

This campaign is the platform that builds over all the existing efforts from Instagram to engage with young people. Be it the launch of new features like Remix, or the launch of new programs like the new e-learning creator education (‘Born on Instagram’) programme.

Tags: Instagram We Are In The Making DDB Mudra
More from this section