Cinema halls are not only screening World Cup and NBA matches but also providing full-fledged gaming experiences. Cinema players share how brands can get greater ROI from the undivided large-screen attention for greater visibility 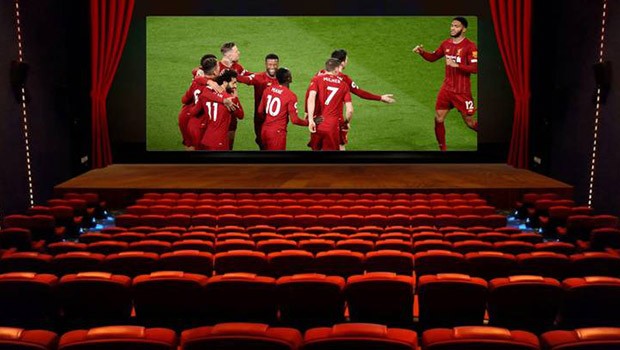 Sports events and e-gaming are coming to the rescue of cinema halls, which are struggling to get back on their feet and exploring different revenue streams other than screening movies to stay afloat. The cinema halls are now capitalising on the traction e-sports is generating and partnering with players to screen gaming events.

Movies and sports each have a very loyal audience but there could be an overlap, especially among the youth. Both offer entertainment and a community watching experience like stadiums.

Brands such as Nissan Motors are now leveraging this communitarian experience of both sports and cinemas.

Nodwin Gaming, on the other hand, has announced a new partnership with PVR for in-cinema esports live tournaments, beginning with Battlegrounds Mobile India (BGMI), a version of PUBG, exclusively for India.

PVR believes this is another way of broadening its customer base as well as to start a non-movie revenue model by attracting non-movie audiences to theatres and becoming a viable, profitable alternative. Its ticket prices have been modest as the idea of the pilot scheme is to create excitement and gauge the interest levels of consumers on a new kind of content.

“In the absence of live sports during the pandemic, esports benefited in the gaming ecosystem. Bringing esports to the big screen is an innovation and it can augur well in the longer term for PVR. There’s no doubt that gamers and esports fans are the audience that movie theatres want to reach,” Gautam Dutta, CEO, PVR said.

Considering the phenomenal growth of esports, live screening of esports tournaments will help in getting a new section of audiences to theatres, he said. A section of its core consumers, the youth, are also avid e-sports fans and gaming enthusiasts.

Unlike western developed markets, India doesn't have arenas and stadium infrastructure for gaming. In such a scenario, cinemas with all the necessary structure such as sound systems, big screens and internet band width become viable for exhibiting esports events.

Cinema has evolved from single screen formats to multi-screen in mall format, especially in the larger cities. This means they now have access to a wider range of audiences who come to malls for activities such as gaming, dining and shopping. They are sitting on pretty important real estate and so they need to maximise its utilisation.

Gautam Surath, Managing Partner, Performics, expects a broader range of activities in cinema halls depending on time and day. He said this is a definite trend that is here to stay.

“The core of the activity for cinemas will revolve around the giant screen but beyond that there are no limits. In today’s world of virtual meetings and tours, technology will provide some great experiences at a cinema hall near you,” he said. 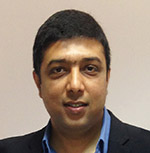 Anand Vishal, Chief Sales and Revenue Officer, Inox Leisure, said with these content line-ups, the intention is not only to reach the pre-Covid levels of engagement but to break that. There is a sizable number of people who would want to watch sporting events on big screens, which they aim to tap, he said.

“The kind of losses we suffered in the last 16-18 months is huge. The idea is to maximise the market share for my cinema and to get the lion share of the audiences. And for that I need to provide all possible content available in the market, be it films or musical. How else will I use my cinema and screens better in a non-peak period?” he said.

The brand will soon make an announcement on esports collaboration. In the past, it had screened musical content on cinema, including K-pop band BTS and other rock groups. It had conducted more than 600 seminars for brands such as IDFC. Inox is the exclusive partner of NBA in the country for more than three years now.

“We are all about showcasing movies. But besides movies, we understand the consumer behaviour. The consumers who come to us are also sports lovers. We as an organisation want people to be fit and playing sports. With this ethos, we are associated with sporting games. This (ICC T20 World Cup) is not just for one game. The association pans across genres; be it cricket, football and badminton. We had partnered with ICC in 2019 also. This kind of partnership will go on. We want to give a premium experience to consumers,” he said.

Inox has partnered with Nissan as title sponsor for the live screening of matches. 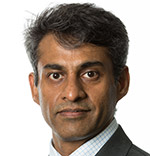 Sidharth Kedia, CEO, Nodwin Gaming, said it is testing the waters with its pilot live stream of Battlegrounds Mobile India (BGMI). As it goes along, it will keep introducing more games across genres.

“This partnership with a multiplex like PVR allows us to heighten the gaming experience on the big 70mm screen, attracting more e-sports aficionados to take part in online e-sports in-cinema tournaments. The end goal is to make e-sports as mainstream as we can. Multiplexes, with their larger-than-life offerings, enable that access to a wider audience base. This initiative is beyond the idea of generating revenue. Our association with PVR Cinemas opens up a new path that can help make e-sports go mainstream and place it right at the hub of all the entertainment action.” he said.

“This year, we will have 50-60% more admissions than the last time when we did World Cup in 2019-20. A lot more corporate bookings are happening already. It is about creating an alternative content platform for consumers and giving him what they want,” he said.

He said brands are getting excited about such opportunities because they are eyeing the same TG. In cinemas, brands get to directly talk to consumers, which is not the case with TV or digital.

“In the cinema space, you are able to talk to the consumer in flesh and blood. You can also do multiple activations,” he said.

Dutta said there is a potential of creating a long-term IP for sponsors.  Streaming e-sports events in theatres could throw up more monetisation opportunities. These could be selling naming and other sponsorship rights, advertising by brands, and even selling streaming and broadcast rights for e-sports.

“Once the pilot stage of hosting esports tournaments is over and we are satisfied with the outcome, we are sure brands will come forward to associate with us. They can ensure brand visibility in front of a captive audience with undivided attention at the theatre,” he said.

The silver screen has always lured brands and will continue to do so when mega esports tournaments are live-streamed at halls, said Kedia.

“It is a win-win for all involved. This partnership offers great opportunities for both endemic and non-endemic brands. Already, even without the big screen, leading global and domestic brands across sectors are vying for a share in the lucrative, glamorous, action-packed, and youth-driven esports industry, which is only set to grow in the years to come. We are confident that with everything going our way, esports will get the attention of all big brands, who want a piece of this action as we step into the movie halls,” he added.

The biggest advantage of cinema halls is the undivided large screen attention that brands get. This means that now brands can associate with different types of events, get great visibility and collect data on interested audiences to engage with them further.

Surath said brands need to ensure they leverage the large screen and integrate with the events in a relevant way. Another way would be to strike long-term associations with the cinema chains, which will deliver a mix of events, visibility, data and type of audiences.

He sees a huge growth opportunity for cinema halls if they can market it well. “As interests evolve, you might see cinemas hosting stand-up comedy shows and other events,” he said.