In an interaction with BestMediaInfo, Toranj Mehta, Director of Marketing, De Beers Forevermark, talks about its recently launched Avaanti collection and its marketing plans. The company expects 2021 to be the best year in terms of growth 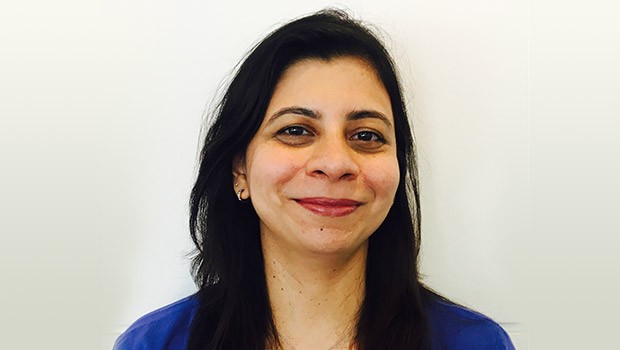 Diamond brand De Beers Forevermark makes its largest media investment around Diwali and this year too, it plans to spend nearly 50% of its media budget during this period. The brand is looking at a proper mix of all mediums—TV for reach, print and OOH for awareness and digital for call to action.

BestMediaInfo caught up with Toranj Mehta, Director of Marketing, De Beers Forevermark, to discuss its marketing strategy for this year's festive season, its newly launched campaign and expansion plans.

“If we were to look at an increase in the advertising budget over last year, we could say there has been close to a 25% spike. Over the past 10 years, we have been consistently increasing our investment in marketing in India. It has been on a constant trajectory, going upwards. The amount of investment that keeps coming into India has always been higher than the previous year. And that is a pattern we are going to follow in the future also,” she said.

The diamond brand has launched a 360-degree multimedia campaign for its Avaanti collection, surrounding the festivities.

'One Ripple Can Start a Wave' TVC:

The campaign planned by Luxhub Havas runs across TV, digital, print, OOH and radio. It is driven by the belief that the future can unfold from a single ripple and reiterates that a moment seized in time can start a whole movement, which leads to the path of greatness.

Inspired by the Italian word for ‘forward,’ the ‘Avaanti’ collection embodies a spirit of always looking ahead and pursuing new challenges.

Mehta said the campaign has brought back the name De Beers into India. “We have changed the name from Forevermark to De Beers Forevermark. We aim to bring back the power and the love that people have for De Beers. Therefore, as a marketing strategy, you will start seeing the name across the country more and more,” she said.

Sharing the objective behind launching the new collection, she said, “Avaanti collection stands for the discovery of one’s own individual power. As a brand, we always try to create jewellery that will connect with the mindset of consumers, which this collection encapsulates perfectly. The design speaks directly to the desires and aspirations of the wearer. The thought behind the design symbolises that even small ripples can make huge waves and the smallest of ideas can create a changing impact. Individuals should not underestimate their own potential and the collection is about that. Diamond in a piece of jewellery is a representation of your naturally present strength. These diamonds are rare and individually selected and are the reminder that you have the potential that you need to forge your own path.”

This is the largest initiative of the year for the brand and it is after a break that De Beers Forevermark has come out with a new patented design. It has launched this collection in other markets too, including China and the US.

“We hope to have a good response from the collection. And definitely expect a halo effect around all the other collections. It will give a good impact to our brand name, as well as our business,” Mehta said.

In terms of revenue, the brand expects this year to be its best yet.

“In terms of revenue, it is going to break all the records that we've set in the past in terms of benchmarks. We are certain that we are going to cross the benchmark. We are seeing a great response in the market; the new collection is getting picked up and sold out superfast. So it is a very positive indication for us because we are having to replenish faster than what we expected. My estimate is that we will have another 20% growth,” she added.

India is the brand’s fastest growing market, surpassing the US and China, in terms of volume. The volume of De Beers Forevermark diamonds that the company drives through Indian partners is said to be much higher than in other parts of the world.

The pandemic had negatively impacted its growth, but with markets opening up, it has bounced back quickly.

Mehta said they had a good recovery last year. This year, after the second wave, the moment the markets started opening up and retail started moving, the bounce back was even faster.

De Beers Forevermark is available in 260 stores across the country. It has nine exclusive boutiques stores and plans to have a total of 14 boutiques by the end of this year.

It has been earlier reported that 25% of these stores will be established in South India, as the brand sees immense potential in the growing number of metros, tier 2 and tier 3 cities in the region.

The share of revenue from these boutiques, though, is much smaller than its actual number of stores. “We will be seeing an increasing percentage coming in from boutiques later on,” she said.