By cloning and creating a digital avatar of the show host Ranveer Singh, Rephrase.ai facilitated Colors to create and send out large numbers of personalised video invites for its latest, first-of-its-kind visual-based game show – ‘The Big Picture’ 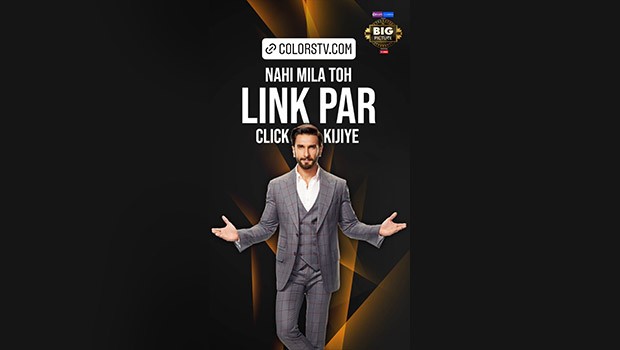 Rephrase.ai, a media production platform that uses Artificial Intelligence for video personalisation, has collaborated with Colors for the launch campaign of the show ‘The Big Picture’. The show has actor Ranveer Singh making his debut as host.

In a press statement, Colors said that the campaign is aimed to establish a direct line with viewers, by leveraging the power of Rephrase.ai’s technology which enables hyper-personalised communication at scale.

Rephrase.ai cloned and created a digital avatar of actor Ranveer Singh and used it to send out personalised video invites to all users who sign up on the microsite. The video invites had Singh taking the name of the user, inviting them to watch the show as well as calling out the date of the launch.

‘The Big Picture’ on Colors, is a visual-based quiz show, based on knowledge and visual memory. It allows contestants to answer 12 visual based questions and stand a chance to win the jackpot of Rs 5 crores. Once the picture appears on the screen, the contestants will get multiple-choice options to give the correct answer. They will get 60 seconds to hit the buzzer and commit to an answer and for every correct response, they will get an opportunity to win big.

Ashray Malhotra, CEO and Co-Founder, Rephrase.ai, said, “Our game-changing technology is not only taking the marketing realm by storm but also bringing people closer together. At Rephrase.ai, we believe and emphasise that video content creation can be made easier yet incredibly effective with AI since it can successfully automate numerous aspects of the process to better suit the nature of its audience while curbing the time and monetary factors involved. AI thus also allows you to reach a wider audience despite being on a budget. In the case of this collaboration, we have created an ability to easily personalize celebrity endorsement videos at scale, as you now have infinite time with the celebrity, and can churn out regular content without them having to spend a lot of time actually being involved.”

Sapangeet Rajwant, Head - Marketing and Digital - Hindi Mass Entertainment, Viacom18, said, “We at Colors, have always believed in bringing innovative shows and a variety of formats for our viewers. With every new show, we aim to increase audience engagement through inventive campaigns using new-age technologies. The Big Picture is our first ever visual-based quiz show that is being launched in India for the first time and required some cutting-edge thinking to bind its marketing campaign. When celebrities are involved, it is certainly an exciting experience for consumers and a rewarding one for the brand.  There is a lot of scope for innovation as one can create immersive campaigns involving the fans and taking ahead this thought, we created Ranveer's digital Avatar to enhance the show’s engagement. She further added, “Rephrase.ai’s innovative idea of using a personalised invite with Ranveer Singh’s digital avatar lent an interactive element to the campaign and helped us reach a wider audience. It has received an overwhelming response that further encourages us to keep pushing the envelope of innovation and create more pathbreaking campaigns.”

The show airs every Saturday and Sunday at 8 PM on Colors and Voot.