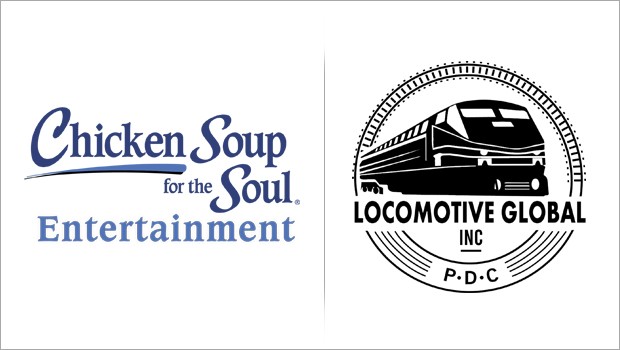 Chicken Soup for the Soul Entertainment, one of the largest operators of streaming advertising-supported video-on-demand (AVOD) networks, announced last week the acquisition of a majority stake in Locomotive Global Inc.

Locomotive Global Inc., a production company based in India, is led by Scott Anderson, former programming and acquisition strategy head for the Hallmark Channel who also was with Starz/Encore and Liberty Media Corporation, and Sunder Aaron, co-founder of QYOU Media India and former EVP for Sony Pictures Television Networks India.

Locomotive Global is currently producing and developing a number of original productions including an original series in development with Amazon Prime Video, as well as Indian local language remakes of well-known series including Ray Donovan for Netflix India.

“Expanding into India has been a top priority for us in our international expansion strategy and we are excited to be entering the market with an ambitious company like Locomotive Global,” said William J. Rouhana Jr., chairman and chief executive officer for Chicken Soup for the Soul Entertainment. “This acquisition allows us to utilise Locomotive’s revenue, cash flow and presence in India as a base for further expansion in the region. We look forward to backing Locomotive’s expansion plans as we continue the rollout of our international strategy.”

“We are thrilled to be a part of Chicken Soup for the Soul Entertainment. India is arguably the largest and most accessible media market in the world right now. While we will continue to manage the business in India, as part of the Chicken Soup for the Soul Entertainment family, we now have the resources to capitalize on our ambitions and expand more quickly in this market,” said Scott Anderson.

“There continues to be a major opportunity to produce high-quality content for platforms and services in India such as Amazon Prime Video, Netflix, Hotstar-Disney+ and others as they now compete for original movies and series so that they can better serve a rapidly growing OTT user base. Production costs are lower in India than in most Western markets, and we can use our development and production capabilities here to meet this growing demand for quality content. We also aim to provide high-quality productions for Chicken Soup for the Soul Entertainment’s AVOD networks at lower costs. The AVOD business is primed for growth in India as broadband connectivity, FAST channels and usage of connected televisions are expanding rapidly. Chicken Soup for the Soul Entertainment is the perfect company to partner with so that we can seize hold of these burgeoning opportunities together,” said Sunder Aaron.