As a Wonder Woman, Lodestar UM CEO Nandini Dias would like to eliminate “greed” 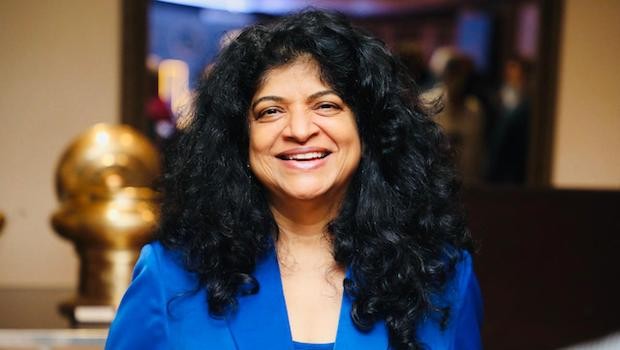 One of the most exciting superhero movies of recent times, DC’s Wonder Woman 1984 narrated the story of Diana Prince aka Wonder Woman. She symbolized strength, power, forgiveness and love, and bravely fought against all odds to save the world. Well, our real-life powerhouse women leaders are nothing less than a modern-day Wonder Woman and their inspiring stories instil a sense of empowerment and self-belief that one can take on the world. Lodestar UM CEO Nandini Dias is one such multi-faceted women leader, who has carved a niche in the media and entertainment sector. She has the distinction of having launched over 400 brands in media and has managed media investments for over 175 clients.

We caught up with Dias to talk about the incidents and moments that make her the true Wonder Woman of the 21st century.

A wonder woman moment in your life?
A few years back, my answer, in all probability would have been the industry awards and recognition. But our resilience in the face of the crisis we have been fighting for the last 20 months makes all other achievements look pale. It has been tough on all fronts including business, professional, and personal for innumerable families. And the effect has been equally widespread on physical, emotional and, mental health aspects.

Being in a constructive position owing to my professional capacity, I found myself involved in several initiatives. My ability to fight hard for others, sometimes for unknown people at varying levels made me feel quietly good about myself and my ability to bring relief to others.

Who is the wonder woman in your life: Popular personalities that you look up to/ inspires you?
Inspiration should never be restricted, gather as much as you can from all paths of life. I draw a lot of motivation from some of the strongest leaders and their journeys.

1. Kiran Mazumdar Shaw created a brand out of herself purely through her business acumen and philanthropic nature. Refusing to bow down to societal stereotypes and pressures at the very beginning of her professional journey, she proved her mettle to the world.

2. As Indra Nooyi states, her mother’s role has been instrumental in instilling self-confidence in her and her siblings. This confidence paired with sheer hard work to excel in her roles, carved out her niche that is much applauded by all today. As she says, “When you have a competence that nobody else has, you become more valuable.”

If you were wonder woman for a day, what would you change?
Eliminate the root cause of a majority of problems – Greed. One must draw a clear distinction between Greed and Aspiration.  The constant urge to acquire more when it's not necessary is giving rise to a ruthlessly competitive mindset. The hunger for increased societal validation on the personal and professional front is stripping people of empathy and practicality - right now a dire need for our society and the world at large.

If you could go back in time and were granted a wish, what would it be?
I wish 'technology as it is today' had been discovered earlier. It has eased things up on various aspects, improved productivity, and saved innumerable amounts of time. Current-day technological advancements would have allowed me far more personal time a few years ago. Now I push myself to embrace the advanced digital ways of doing things and always evaluate the possibility of completing a task virtually before weighing other options.

The Indian Television premiere of Wonder Woman 1984 will air on Movies Now, MNX and MN+ on October 31 at 1pm and 9pm.