The show was the first such experiment, in the television news industry, to feature the 'behind the scenes’ world of television entertainment 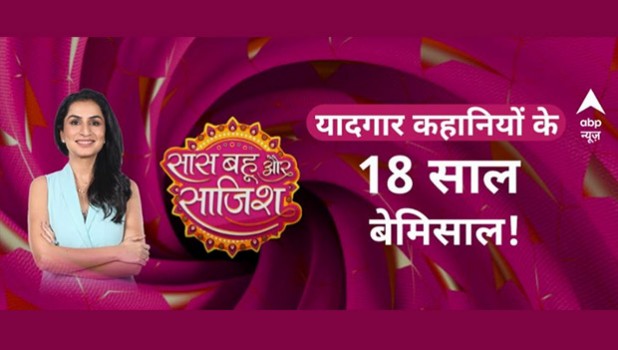 ABP News’ entertainment show, ‘Saas Bahu Aur Saazish’ (SBS) has turned 18. The show was the first such experiment, in the television news industry, to feature the 'behind the scenes’ world of television entertainment.

In a press statement, ABP News said, “It was the male viewership that traditionally dominated news viewing in the early 2000s. Females typically viewed GECs because of social and psychological conventions. ‘Saas Bahu Aur Saazish’ on ABP News turned out to be a ground-breaking show which presented women as new TG to the news viewership and genre.”

“Over the years many channels have attempted to replicate this format, but none have been able to match SBS's popularity and fan base. The fact that its anchor, Aditi Arora Sawant, has been hosting the show for the past 18 years, speaks volumes about the kind of adulation the audiences have for her and for the show,” the channel said.

Avinash Pandey, CEO of ABP Network, said, “Saas Bahu Aur Saazish has remained successful throughout the years due to the fact that the audiences have been able to engage with the content on a personal level. The fun-filled and light-hearted content presented by Aditi Arora Sawant has kept audiences asking for more. Kudos to the entire SBS team for masterfully navigating the show for the last 18 years. It shows that an old show can continue to lead the genre if the content is innovative and original. I am also grateful to our audiences for their continued support.”