The operation was telecast simultaneously on Zee Hindustan, Zee Rajasthan and Zee Bihar Jharkhand, unfolding the truth of how this scam is being carried out 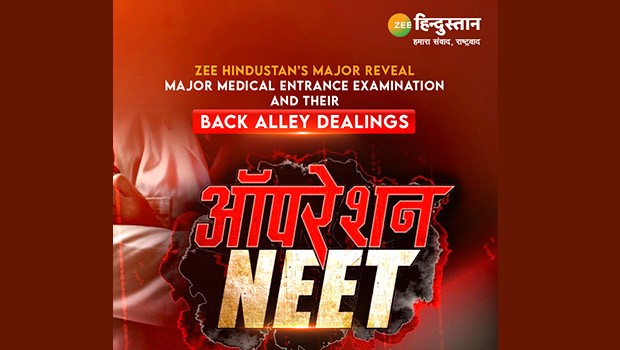 Zee Media conducted a sting operation that purportedly shows how NEET seats are being bought and sold, even before the exam takes place. The operation was telecast simultaneously on Zee Hindustan, Zee Rajasthan and Zee Bihar Jharkhand, showing how this scam is being carried out, the media house said.

The sting operation carried out by the channel for over a year shows how 'Admission Nexus' takes away the rights of hardworking children. The report says brokers do complete planning before the NEET exam and have a complete eye on each seat, involving a large network of touts from all over the country. The operation disclosed other facts related to the racket and how medical and engineering seats are dealt in the country. The NEET exam is cleared by many either by adopting a fake route or direct admission is given in government and private colleges. 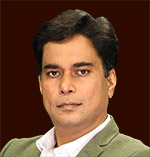 Purushottam Vaishnava, CEO and Editor in Chief Zee Media, said, “Journalism has a very important part to play in upholding the fabric of the society. Unravelling the dark side of societal dealings is important to keep the structure in check. We are proud of our editors and reporters who keep relentlessly working to bring the under-the-table dealings for the people to take action on. 40 lakh is not a low number to achieve in this world where the attention span is as low at 10 seconds.”

Shamsher Singh, Managing Editor, Zee Hindustan, said, “This was a very important operation for us. Thousands of students have their dreams attached to NEET exams. Thousands of parents dream their children cracking this exam. To have all these dreams and effort end up accounting for nothing because of a scam is something we could not just stand by and watch. We are glad that we could bring this to the light and the authorities could take action on the same.”

#OperationNEET was trending on September 10 among the top 5 all afternoon as the telecast started. The operation hashtag was mentioned 40 lakh times in the last four days. #OperationNEET created a huge impact. As soon as the story was aired, the police arrested five people and were looking out for more people.

Manoj Jagyasi, Chief Revenue Officer, Zee Media, said, “Zee Media puts viewers first and our stories are in the interest of our viewers. The way our #OperationNEET trended the whole afternoon and the people’s reaction to it holds light to this endeavour of ours.”