After registering 40% year-on-year growth, Sony Yay! is all set to make this festive season special for kids with six shows, eight tele-movies and over 140 hours of fresh content

The channel, which is registering 40% year-on-year growth ever since its inception in 2017, has created and curated an expansive library of 550+ hours of animation content, 800+ episodes, including six originals, and 70 tele-moviesŌĆösuccessfully reaching 50M+ kids. 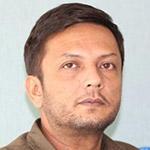 About advertising, Ronojoy Chakraborty, Head, Programming, Sony Yay! said they recorded 8% monthly growth during the lockdown and registered a 40% year-on-year growth rate since 2017.

Advertising was hit severely during the pandemic. But now as things are easing, advertisers from all categories are back on board. In terms of viewership, the channel has been among the top three in this genre.

As kids spend most of their time at homes, Sony Yay! tapped into this opportunity to bring an entertaining bonanza of more than 140 hours of fan-favourite shows such as Oggy and the Cockroaches and the second season of the countryŌĆÖs top-rated show in the category, Taarak Mehta Kka Chhota Chashmah, and many more.

Earlier this year, the channel treated its young audiences with Taarak Mehta Kka Chhota Chashmah, which went on to become the most popular kidsŌĆÖ entertainment TV show of 2021. The show is an animated version of the popular TV show ŌĆśTaarak Mehta Ka Ooltah ChashmahŌĆÖ.

Despite being a channel from the kidsŌĆÖ genre, Sony Yay! targets a mixed group of audiences. This helps them attract all categories of advertisers, including the beauty and luxury categories too.

ŌĆ£We believe kids are the biggest influencers in todayŌĆÖs time. We have advertisers not just for kidsŌĆÖ brands but all kinds of products. We are sure the little ones are capable enough to influence their parentsŌĆÖ buying decision and even to convince them to change it,ŌĆØ explained Leena Lele Dutta, Business Head, Sony Pictures Networks India, KidsŌĆÖ Genre.

Talking about their content strategy, she said the present situation has transformed the content consumption pattern by creating a growing demand for fresh and varied content.

While Sony Yay! continues to serve them with new narratives around itŌĆÖs homegrown content, it has increased its content offerings by introducing a wide range of new shows, endearing characters, and engaging activities, Dutta said.

As the channel adds more than 140 hours of fresh content with 290+ episodes and two new shows, Chakraborty said their goal is to curate a wholesome experience of their favourite characters at one destination.

ŌĆ£This festive season, each new narrative and character is handpicked to suit the ever-dynamic palate of Indian kids,ŌĆØ said Chakraborty.

After the huge success of the first season, the second season of Taarak Mehta Kka Chhota Chashmah will take the festive celebrations a notch higher. The channel will also introduce young fans to the brand new series Haste Raho Henry.

Further showcasing its content, the channel began its festive content line-up with fresh episodes of popular show Obocchama-Kun. The show follows the life of a naughty rich boy who brings a laughter riot with quirky adventures for the young viewers.

Later this month, another naughty prankster, Henry, will make his debut on the channel with a new show Haste Raho Henry. Honey Bunny fans will get to watch fresh episodes of Honey Bunny ka Jholmaal with five new movies of the iconic feline duo, which will take kids on magical, mystical and fun-filled adventures.

NTO 2.0 effect: SonyŌĆÖs popular channels to be costlier by up to 58%