The company, which has more than 200 million active users, is looking for new ways to generate revenue without further advertising. The feature is available in US and Canada for iOS users only and is in the testing phase 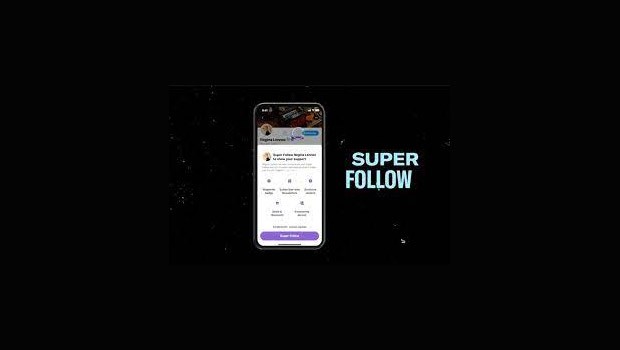 Right now, only iOS users in the US and Canada can Super Follow select accounts right now. The platform plans to roll it out to more iOS users globally in the next few weeks.

The move comes as Twitter strives to be a preferred online venue for clickable stars and to boost its own income in ways that don't clutter up the platform with ads or promotions.

In a statement, the social media company said, “Twitter is where people go to have real conversations about what's happening. We want to help those people earn money who are driving the conversations that make Twitter what it is.”

Through Super Follows, creators can set a monthly subscription of $2.99, $4.99 or $9.99 a month to give their Super Followers extra special access to their unfiltered thoughts, early previews and subscriber-only conversations. Payments are processed through the platform’s payout provider Stripe.

"With Super Follows, people can create an extra level of conversation on Twitter to interact authentically with their most engaged followers, all while earning money," Esther Crawford, Product Manager, Twitter, said in a blog post.

Creating Super Follows content is for anyone who brings their unique perspectives and personalities to Twitter to drive the public conversation. She said the list of such personalities includes activists, journalists, musicians, writers, gamers, astrology enthusiasts, beauty experts, comedians and more.

The platform has recently added ways for popular users to take gratuities with a "Tip Jar" feature, or make money from online events hosted in "Ticketed Spaces."