The next generation will be compared to Aggie and Paddy, which is unfair but they will have to live with it: KV Sridhar on their exit from Taproot

Sridhar aka Pops, Global Chief Creative Officer at Nihilent Hypercollective, expresses his gratitude towards Agnello Dias and Santosh Padhi for their contribution to the Indian advertising industry 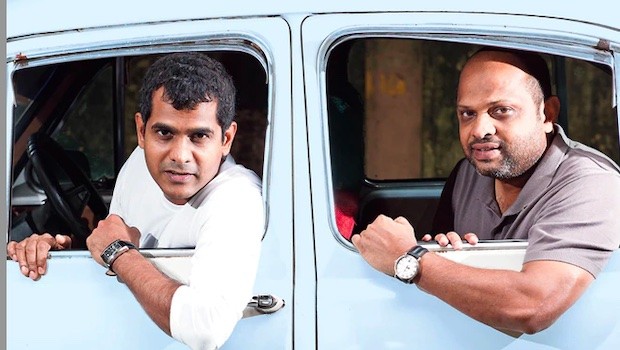 Aggie (Agnello Dias) and Paddy (Santosh Padhi) have grown up under my watch. They worked with me for more than 15 years in the beginning of their professional journeys. Paddy is a person with great imagination and passion. What he has added to Dentsu is his extraordinary passion. He is a very quick learner. Aggie is a man of big ideas. He always hits a six outside the boundary and is very meticulous. There are very few partners in the creative field whom we can call equals. Somewhere, both Aggie and Paddy benefitted from their partnership. Both of them complement each other’s work and talent. Aggie had matured even before Dentsu, in JWT, and with some work in Leo Burnett. Dentsu is where Paddy flourished, and he has been an important part of Dentsu’s journey. Aggie and Paddy have both complemented each other and utilised their individual strengths. They function so well together because they ignore their weaknesses, work with their strengths and overcome any challenges. I can’t distinguish between the two because they are an extension of each other.

I have always told Aggie that he must keep writing because if he doesn’t, it will be a loss for the country and not just advertising and marketing. Only a few great copywriters are left in the country or in the world today. Aggie is certainly one of them. At present, there is not one practising copywriter in the country who can compete with Aggie because he has learned with, and has been trained by, the best writers. I also think Mohammed Khan is one of the finest copywriters. But he got stuck with luxury and lifestyle products, which are very English in nature. Aggie is quite at ease with mass as well as premium products.

People don’t know a lot about Aggie or Paddy because they’ve never been much of an advocate for themselves. I have seen Aggie since he was less than 12 months old in advertising, when I joined Lintas in the 90s. During those days, Paddy being Paddy, never spoke to me as much. He would either avoid the conversation or simply smile and run away.

Paddy and I worked together on Ram Gopal Verma’s film ‘Darna Mana Hai’. We created posters and visual identities for them. This went on to become an iconic campaign for Bollywood films. From there on, he went on to mature as a Creative Director and started taking responsibility for brands.

Just like a father, I wished they had not changed their job, but if they find something better and then do something good in life, you will be happy for them.

I am a little worried as times are changing and the way things are changing; and where advertising is headed. Traditional advertising has shifted completely to digital. You need a different set of skills and understanding.

However, the same Paddy had won the first Cyber Cannes for India. Very few people will realise that it did not come from any digital agency or any tech-savvy company. I hope he finds this for himself and keeps the flag up for many years.

For creative people, their work reflects who they are, and they become the way they are because of their work. In Paddy’s work, you see that passion, commitment, relentlessness, and ideas, which are carried with such painstaking love. Everything you see done by him is because of the kind of person he is.

One of their best works happened when Taproot was independent. When Dentsu came in, they did some notable work too but it was not as consistent given the size factor involved.

We always used to look forward to Mohammed Khan’s campaigns. All his ideas were refreshing. Similarly, every new campaign that Taproot did was worth the wait. They always came up with something fresh. That’s the kind of interest they’ve created for all the brands that they’ve worked with. Their journey with Taproot has been phenomenal.

Every advertising and marketing person in India will remember the contribution of Paddy and Aggie to our industry. It is extremely difficult to find creative people who can do such a phenomenal job. The next generation will be compared to Aggie and Paddy and the comparison is unfair but they will have to live with that, and they will always fall short.

Success has not come to them easily. They have sacrificed many things to be where they are today.
Paddy’s wife and children have supported him throughout his career. One of the proudest moments for me was when Paddy was leaving for Leo Burnett. We didn’t tell his wife that it was his farewell party. I sent my secretary to get Paddy’s wife without him noticing. She came and quietly sat among the crowd and listened to everyone talk about Paddy. She was teary-eyed. All this just depicts the kind of sacrifices they’ve made to be who they are today.

So many senior people are leaving Dentsu at the same time. Aggie’s exit was expected for some time. He wanted to retire from active advertising and pursue other skills.

I guess it is important for new talent and new leadership to come in but not at the cost of brilliant talents and exceptions, which is what Dentsu will be missing. They will be missing credibility and high-calibre talent.

Aggie and Paddy both are global talents. They can find jobs anywhere in the world. They have come up in life because of their own talent. They are world-class creative guys and ahead of their time. The kind of respect they have globally is something else.

It is Dentsu’s loss, but I guess these things happen in life. Maybe it is a difference of opinions, a management call or other things. We never knew the reason.

People should learn from Aggie and Paddy. They take anything that comes their way with a hands-on approach. In the time I worked with them, they never told me that they were out of ideas. That is the kind of commitment one needs to be successful at their job. There is no work without life and no life without work. One needs to strike a balance between the two, and that, I think, is the key to success.