The agency and client power dynamic

Ankur Chaturvedi, Co-Founder, Wife, writes from his own experience about the delicate relationship agencies share with their clients and what has changed over the years 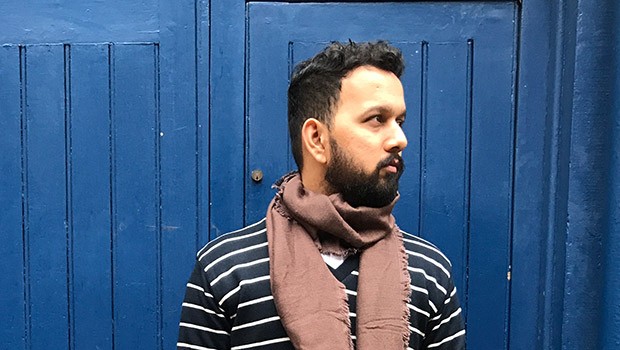 Having worked in the MarCom industry for 12 years and now leading a creative agency of my own, it’s all been a roller coaster ride with a considerable number of highs and, of course, a few lows along the way. In fact, looking back, one such high that’s perhaps worth mentioning came early in my career. It was a fairly big project we were executing for one of our clients with whom we shared a long-standing professional relationship. And with clients like these, sustaining that relationship is always an underlying yet important objective of any interaction. Moreover, being a televised event, expectations are always set high because the reputation and image of large brands are always at stake and right there on the screen with thousands if not lakhs of people watching from the comfort of their homes.

From the set being immaculate, to the show flow running smoothly, ensuring even every triviality, including lights, mics and a million other things are functional and triggered at the exact perfect moment— all of this and much more is what makes or breaks a televised event. That, coupled of course, with creating an exceptional experience for the audience on ground too as well as keeping intact the brand equity of every sponsor, stakeholder or the very media house in question.

With the expectations set, let me tell you now that everything we did was an uphill battle with this project because everything that could go wrong, very much did go wrong. It all started falling apart when the massive set itself was still not ready even though there were just hours left before the cameras had to start rolling. The first nail in the coffin set in when much of the set was still not painted let alone everything else. Something as simple as this would otherwise be primed and ready in a matter of a few hours, though the delay at this point was not just obvious but it also, ironically, painted a very bleak picture of the overall event’s success.

And if you’ve been in a similar situation, with similar deliverables, working with colossal brands and having built a reputation as one of India’s top event agencies out there, you’ll know all too well how embarrassing it can be when the client walks onto an unfinished set among their own clients, stakeholders and sponsors too.

Our entire team had already begun getting their hands dirty by now, frantically painting the set and running all over the place to get things done. And when the client arrived, we knew we had to face the music.

But here’s where something happened that none of us expected. For which, even till this very day, I’m both thankful for and equally astounded by. The client and team walked up, looked around at the situation, and instead of saying anything, simply picked up a brush along with a can of paint and began to dress the set right beside me.

At this point in time, with no words being exchanged, we didn’t know whether this was a good thing or whether it was something we’d have to face the brunt for later on in a debriefing. But with time working against us, all of us together, the client and team included, managed to paint and ready the entire set from top to bottom just in the nick of time.

That was one hurdle crossed, now it was smooth sailing for the rest of the event, or so we thought. From a malfunctioning fog machine going off on set while the cameras rolled, which by the way was never meant to be there in the first place, to flickering spotlights and even mics failing to work mid-event, it just seemed like the universe was working against us and losing this big-ticket client forever was clearly imminent.

After putting every fire out, both figuratively and what seemed to be literally too, our team honestly had no faces to show our client and their team. In the end, in fact, we just waited backstage for the impending storm to blow over till we finally had no choice but to bite the bullet and face the music. The client found us backstage eventually, greeting us warmly and inviting us to join them for dinner, as is customary at such events.

Knowing again, that this was an invitation to lambs for slaughter, my boss at the time and I decided to take full responsibility for the disaster and even thought to propose not charging for all the trouble. Needless to say, being embarrassed of the whole situation was a far cry from the barrage of emotions running through us back then.

Here we were then, sitting across the client readying ourselves, not to eat what was on our plates but whatever the client felt like throwing at us in contempt. I know what you’re thinking. I began this by saying that this was one of my career’s highs, yet nothing so far has gone right.

Here’s where the second miracle of the very long day took place. The client smiled at us, knowing exactly what was eating us up from the inside and then broke the silence by telling us to forget about it. They went on to say that these things tend to happen but our team never backed down and instead, doubled down to do everything we could to make the event a success.

After all, in their words, this was just a “one-off” among several other projects that we’d otherwise executed flawlessly for them. And they even went on to rubbish the fact that we even considered not to charge them anything for what we thought was one of the biggest botched jobs of all time.

That level of understanding and compassion is something that drove me to soldier on and, come to think of it, has an impact on me even today. Though, if that’s high in this journey, what does a low look like, you might wonder. Well, again, if you’re someone like me who’s been in this industry as long as I have, you know that not every client or even agency for that matter will look at things the same way. In fact, and unfortunately, it seems like friction between these client-agency relationships is a given and is something that we all mentally prepare ourselves for before even starting out. One such relationship was one with a client we worked with fairly recently and falls on the other end of the spectrum in many ways.

What started out as what I thought would be yet another partnership with a client that understood and respected our efforts, ended with both parties, unfortunately, parting ways on what could have definitely been better terms, so to speak. Well, let me explain. Every interaction between me and the client went rather well. We communicated what we wanted to do, shared our thoughts and recommendations based on where the brand was at that point in time and ultimately agreed on the general direction in which we wanted to take the brand.

However, through the months that ensued, every interaction that didn’t directly involve me would be the polar opposite of what I just described. In other words, as long as I wasn’t in the room, my team wasn’t being treated with the same level of understanding, respect and compassion that I was somehow privy to. Saying that there was a certain degree of friction, perhaps, even back and forth conversations that could have been avoided is putting it lightly.

And like anyone who needs to balance responsibility with authority, I sought to remedy the issue by taking it up and offering solutions to the client. But again, while my team kept going back to the client with good ideas and more, these ideas were often disregarded almost instantaneously by them. What was even more bewildering was that they would then repackage those very ideas and present them to our team, treating them like their own.

All in all, whatever it may have been, the brand did alright. What is bothersome, though, is the fact that the brand had some real potential to do brilliantly if the collaborative effort was matched from both sides. And yes, that’s also me saying that the brand is not the client and neither is the client the brand, hence, when the brand loses out, the exercise tends to become hollow. Needless to say, we don’t work with them anymore as after many polite, assertive, and finally, stern messages that were put out to address the matter, none were dealt with seriously. Maybe an apology would come by the team’s way, but the same cycle repeated itself.

Looking back and reflecting, it’s a rather peculiar dynamic that has manifested, not just in the instances I’ve mentioned, but across the industry at large. It’s in fact, a power dynamic that is less seen and more felt everywhere. When one puts their feelers out, you often tend to hear tales of disputes and relationships going sour, long-standing ones or otherwise. It’s often something that’s on everyone’s mind but something that’s rarely discussed openly.

Having recalled these instances and in turn sharing them with you, I can’t help but question what changed. Were things better back then? Or was this something that always existed and has manifested even more now, essentially becoming the status quo as such? Maybe it’s time to share a little more, not just with peers but also with the ones we should be sharing with – agencies sharing with clients and clients sharing with agencies. And hopefully, sharing these instances, these thoughts, and more may just spark the right questions and ultimately the right conversations. Those that will, in the end, facilitate positive change, a level of understanding and a sense of respect, no matter which side one may be on.