Unlike the first wave, the recovery after the second wave of Covid-19 has been quick for the print media industry. Newspapers say they have reached good business in July, August and September 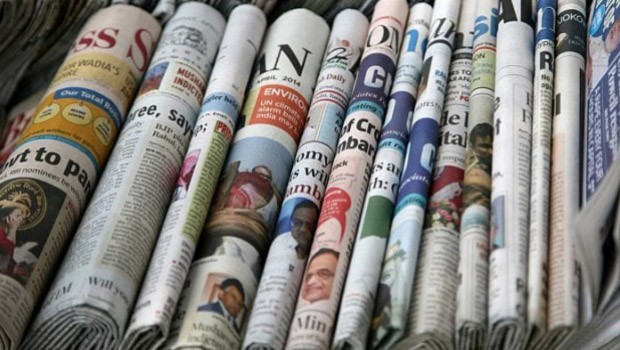 The first quarter of the financial year 2021-22 was challenging for the Indian print media industry due to the Covid-19 second wave. The subsequent three months — July, August and September, however, have been quite positive both in terms of advertising and circulation revenues.

Sources within the leading Hindi newspaper Dainik Bhaskar have indicated that the newspaper has shown promising growth month on month basis and has recorded double digit growth in the second quarter of FY22 over the same period in 2019.

“Almost all categories have started responding strongly from July. Circulation from across the country is growing and advertising from segments such as OTT, grocery, delivery apps, and edtech has seen a surge after the second wave,” an executive told BestMediaInfo.com who did not want to be quoted.

"We saw a big acceleration in August, which was a great month for advertising. We saw robust growth across categories such as real estate, education, automobiles, FMCG, jewellery, health, BFSI sector, etc. This was strongly supported by emerging categories such as OTT, grocery and delivery apps, edtech. The result was that August ended up with double-digit growth over August 2019. A few of our states registered strong double-digit growth. Obviously, if we compare the growth against August 2020, it is manifold. But we are not considering 2020 in our 2021 monthly planning," the executive said.

“September has started equally very well and we have had one of the strongest Ganesh Chaturthi in many years,” the executive said. All categories mentioned above are continuing their thrust and they are also seeing newer types such as cryptocurrency advertising heavily.

With the vaccination drive becoming stronger in August and September, they are looking forward to a spectacular festive season with all large markets consuming in a big way, he said.

On the other hand, a senior executive from a leading English newspaper said no newspaper could get back to 100% of 2019’s levels despite significant growth numbers because many people shifted from physical newspapers and magazines to digital versions. "It is impossible that all readers who moved to digital versions are back to physical copies. 100% readership will never be back, not just for my newspaper but for any newspaper for that matter," he said.

Suresh Balakrishna, Chief Financial Officer, The Hindu, said the growth in the last three months had been exponential. "We have touched 80-100% of 2019 levels and will sustain the same growth provided the third wave doesn't happen," he said.

Last year, the months of April, May, and June were completely wiped out. Compared to that, in April this year, they did reasonably well but then the second wave happened, he said

"However, from a business perspective, the second wave was milder than the first," he added.

During the first wave, there was this misconception that newspapers were spreading the virus. But by the time of the second wave, the myth was debunked. “Hence, we didn't see a severe impact on readership during the second wave,” he explained.

As far as the business after the second wave is concerned, it started picking up from July and August was very good, he said. “Almost all newspapers had a good August, but I feel The Hindu particularly had the best August,” Balakrishna said.

Abhishek Karnani, Director of the Free Press Journal, said they didn't just improve their readership but also brought circulation back to pre-pandemic times.

"Compared to last year, we are 50% higher in terms of revenue growth," said Karnani.

The growth has mainly come from e-commerce, retail and BFSI sector, and they are pretty optimistic about the upcoming season, he added.

There was total uncertainty during the first wave and nobody had any idea how to tackle it, he pointed out.

“April was very good, and the lockdown started from May. May was very bad, in fact, lower than last year. But it started picking up from June, and there was growth over the previous year in July. The state-wide lockdown was withdrawn by the second week of August, and it showed a 30% increase in the month over last year. This is almost 84% of 2019,” he highlighted.

L Adimoolam, Business and Technical Director, Dinamalar, said their business has grown by 40% month-on-month in the months after the second wave.

Talking to BestMediaInfo.com, M.V. Shreyams Kumar, Managing Director, Mathrubhumi newspaper, said print works very differently in the South market. "Kerala is the only state where the overall print reach exceeds that of TV. Fortunately for us, the festive season makes its debut in Kerala with Onam and we can proudly say we did better than 2020 August," he said.

Newspapers cohesively think that the impact of the second wave was lighter than that of the first wave, followed by a quick recovery.