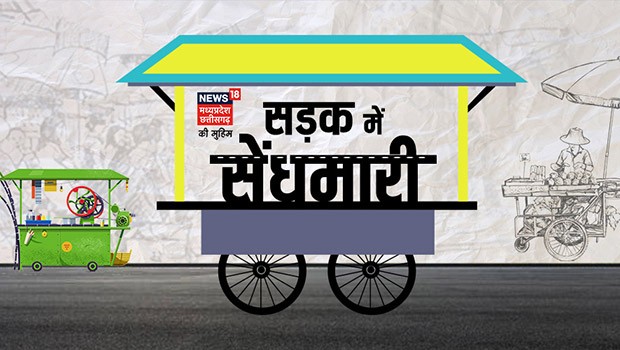 After the success of ‘Sabki Sehat Sabse Zaroori’ campaign, which aimed to transform the healthcare system of the two states, News 18 Madhya Pradesh/Chhattisgarh from News18 Network is all set to launch another initiative to put the light on a major issue in the two states — encroachment on roads and pavements.

The problem of illegal encroachment on roads and pavements has become a major issue that is often neglected. All big and small cities face illegal encroachment, which lead to problems for commuters, including traffic congestion, accidents and even loss of life. As the problem keeps on growing and is overlooked as a general trend, there is a need to take on this issue and devise solutions through which the problem of encroachment can be reduced, making roads and pavements safer for commuters and pedestrians.

News18 Madhya Pradesh/Chhattisgarh with its month-long initiative ‘Sadak Mein Saindhmari’ will identify major constituencies of the two states where encroachment is a big problem and crack down on illegal encroachments. The campaign will consist of stories, special shows and interviews with leaders concerned and other important members of the local administration. The campaign will include shop owners and retailers in a constructive dialogue to identify solutions.