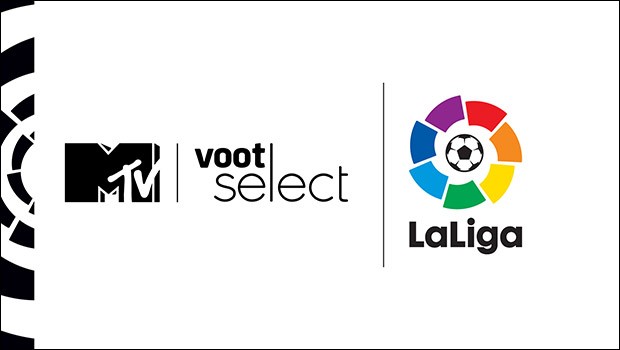 The new 2021/22 LaLiga Santander season is well underway. The most competitive of Europe’s top five leagues, featuring the clubs with the most European trophies in history, the most technical football in the world, and the game’s biggest stars are back for the 91st campaign in the competition’s history.

This season sees the long-awaited return of fans to LaLiga stadiums across Spain, their passionate and emotional voices the perfect complement to the spectacular football being played out on the field. And with Colombian Grammy-nominated singer-songwriter Camilo penning the official football-infused song for season, the stage is all set for the symphony of the beautiful game to take centre stage like never before.

For Indian fans, the new season of LaLiga will broadcast on Viacom18’s flagship youth brand channel MTV and OTT platform, Voot Select. The three-year partnership with India’s youngest and leading media conglomerate, which was announced a few months earlier, will bring the premier Spanish football league to fans in the country with a fresh and exciting feel.

MTV relaunched LaLiga on Indian television with a quirky campaign that promised Zero Masala, Pure Football. The innovative campaign, which includes quirky films and engagement with Football fan groups across India, is making an enormous impact on social media. The campaign has delivered a whopping 38mn Reach and 50mn Impressions while drawing in passionate responses on social media too.

The current season of LaLiga on MTV has already garnered 3x reach in the opening week viz a viz earlier season. Another interesting insight that showcases the increasing fandom of La Liga on MTV in India is the fact that 38% of viewership for the matches came in from Rural India, with over 51% viewership from urban cities.

Speaking about the new season, Jose Antonio Cachaza, Managing Director – India, LaLiga, said, “The past year showed us the kind of emotional connection football fans have with the beautiful game. As the world slowly starts to heal and go back to normal, the new season of LaLiga returns, with the fans finally reuniting with their favourite sport. The energy is in the air, especially in India, with this new partnership with Viacom18. We are looking forward to building an even deeper connection with our audience in this country, which has shown its profound bond with the sport time and again.”

Speaking about LaLiga, Anshul Ailawadi, Business Head – Youth, Music and English Entertainment, Viacom18, said, “We are glad to have partnered with the LaLiga team to bring one of the world's most iconic football leagues for our viewers in India and the subcontinent. We believe football unites and fans live the sport. Starting with the season's first match, we have witnessed viewers' passion and we are excited to see the fandom unfold.   The response we have received so far has been phenomenal and we are certain that we will make football a much loved and followed sport in India through our partnership with LaLiga”.

The season kicked off on August 14 and will run through May 2022, with Valencia CF vs Getafe CF the first of 380 unmissable fixtures through a ten-month campaign. The big games will come thick and fast too, with the historic Basque (October), Barcelona (November), Seville (November), Valencia (December) and Madrid (December) derbies scheduled for the coming months. And ElClasico, the clash which pits Real Madrid and FC Barcelona in the most watched club match in world football, returns on the weekend of October 24th.  These most high-profile games will be played with PUMA’s all new ADRENALINA match ball design, while all other matches will feature the uniquely Japanese anime inspired ACCELERATE design.

Having already seen drama and surprises, thrills and spills and last-minute winners across the first match days of the season, the 2021/22 campaign promises an almost unprecedented degree of competitiveness, excitement, passion, and drama week in, week out, and is one you definitely won’t want to miss. And thanks to an unparalleled television experience featuring cutting-edge audiovisual technology and multi-camera signals in every broadcast, all you have to do is press #PLAYLaLigaSantander.