With increasing advertising spends and soaring readership and viewership, the ‘acche din’ of Indian media is back, say experts

From print experiencing the lowest phase of the century to radio advertising facing hard times and TV channels shutting down, media has been one of the hardest-hit industries during the Covid-19 pandemic.

After the downturn, business now seems to be back on track. Media organisations are matching 2019’s growth levels. But can we say that the worst has passed and the media industry is back in business again?

BestMediaInfo.com talked to industry experts who analysed the growth of Indian media, which seems to be flourishing again after touching the lowest during the pandemic.

The TV industry has got new channels while print media has already crossed 95% of 2019’s levels. New hirings have begun in print, radio, and TV, and advertising is coming back to normal or even reaching new milestones in the digital space.

In 2020, residents across the country had unilaterally decided to boycott newspapers but 2021 brought a major dynamic shift. Not just readership problem, print media has also overcome ad and circulation dip this year. 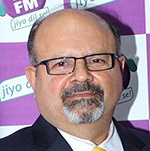 Harrish Bhatia, President, Sales, Dainik Bhaskar, said the volume in the overall market declined by 20%, whereas Dainik Bhaskar's volume declined by 13%, which helped the paper improve market share. However, the market is all back with flying colors.

Shedding some light on this festive season compared to 2020 and 2019, he said they are driving 12-15% growth over 2019-20 revenue. Considering August's achievement and different engagements, the group is quite hopeful, he said.

At the same time, Indian language newspaper circulation has already reached more than 90% of the pre-Covid levels. A few states such as MP, Rajasthan, Kerala, etc., are reaching almost 92-95% circulation level. Once normal train and bus services begin, the remaining shortfall in circulation will be covered.

"Almost all categories have started responding strongly from July. Circulation from across the country is growing and advertising from segments such as OTT, grocery, delivery apps, and edtech has seen a surge after the second wave," an executive told BestMediaInfo.com, who did not want to be quoted. 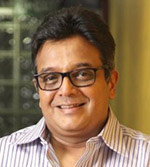 Suresh Balakrishna, Chief Financial Officer, The Hindu, said the growth in the print sector in the last three months had been exponential. "We have touched 80-100% of 2019 levels and will sustain the same growth provided the third wave doesn't happen," he said. 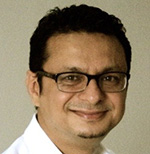 Talking about the digital side, Pradeep Gairola, VP & Business Head, Digital, The Hindu Group, said that digital is at the peak of its growth and they recorded seminal growth of their digital business with more focused advertisers on board.

The digital department of The Hindu Group has grown by 50% this year, Gairola said.

Not just the print and digital industry, a similar growth has been recorded for television, radio and digital media. 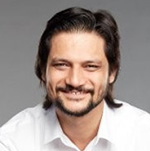 On the other hand, Times Group entered the Hindi news with "Times Now Navbharat." Vivek Srivastava, President, Strategy & Operations, Digital and Broadcast, Times Network, said about 30 advertisers were already on board even before the launch of Times Now Navbharat.

As far as the viewership is concerned, within a month of its launch, Times Now Navbharat has crossed more than 100 million views across digital platforms, Srivastava said.

Talking about the overall growth, Srivastava said, "We cannot deny that there was a lull in terms of advertising but the viewership went up."

Although products weren't selling, we recorded 200% growth in viewership in 2020, Srivastava said. If the third wave doesn't hit, we can expect a normal Diwali growth 20% higher than 2020. 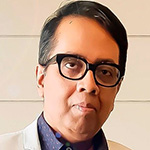 Partha Sinha, President, Response, The Times Group, said his group has almost touched pre-Covid numbers in terms of revenue, and the growth is likely to be maintained. 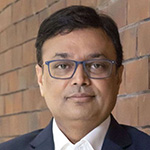 Avinash Pandey, CEO, ABP Network Broadcast explained that the industry has encountered a unique set of challenges amid the pandemic. During the lockdown, viewers explored new mediums and engaged with a diversity of content, significantly impacting consumer behaviour.

ABP Network has been very proactive in adopting new, cutting-edge technologies and evolving in sync with the changes of the industry in order to cater to the changing consumption patterns. Recently they entered the Tamil and Telugu digital news space with regional content which is well-primed for disruption. The business of digital content is going vernacular, making tremendous offerings for audiences and advertisers alike.

Since last year has been challenging for all business, radio too saw a downfall in advertising. Unlike print, radio didn't experience a major loss of consumers, but ad spends were way below average.

Although radio listenership increased by 82% during the pandemic, advertising was negatively growing in the initial six months. But as things are easing now, the industry got 75-80% ad spends back this year, said some sources in leading radio organisations.

The industry got its advertising expenditure back and recorded ground-breaking milestones in the digital space. A source from a radio organisation said that digitalisation had enabled brands to build holistic experiences for their listeners. As radio gets 60-65% listenership from Tier 2 and Tier 3 markets, brands are altering their campaigns accordingly and shifting focus from Tier 1 market, the source explained.

The Adani Group is also eyeing to partner with international media outlets to launch its products and acquire significant stakes in local publication houses and news channels, indicating that the media industry is on a growth track.

With soaring readership and viewership, increasing ad revenues and growing businesses, the Indian media industry is back in its form.