Amagi provides a complete suite of solutions for content creation, distribution and monetisation for TV and OTT

Emerald Media (an investment platform backed by KKR) and Mayfield India have announced that they have sold their stake in Amagi, a global leader in cloud-based SaaS technology for broadcast and connected TV. Accel, Avataar, Norwest Venture Partners, along with existing Amagi investor Premji Invest have collectively invested well over US$100 million to pick up the stake held by Emerald Media and Mayfield India.

Amagi started in 2008 in India as a cloud-based geo-targeted TV advertising company, but pivoted in 2018 to build a global leadership position in SaaS-based broadcast and streaming of 24x7 live linear channels. Today, Amagi supports over 800 channels on its platform including playout and redundancies. It claims to have emerged as one of the largest cloud deployments in the world with distribution in 40 countries across cable, connected TV and OTT. It has developed deep technical integration with ad supported platforms such as The Roku Channel, Samsung TV Plus, Pluto TV, Plex, Redbox, STIRR, VIZIO, Xumo and other top 30 OTT platforms, providing one of the most comprehensive distribution coverage for content owners to reach their audiences in the US, LatAm, Europe and Asia. 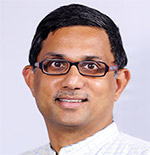 “Emerald Media and Mayfield India were early investors in Amagi. They invested at a time when cloud technology in broadcast media was in its infancy. We are grateful to them for believing in our vision and supporting our rapid growth over the last few years,” said Baskar Subramanian, co-founder and CEO, Amagi.

Amagi claims to have established itself as the de facto SaaS platform for media brands resulting in significant growth in recent years. The company revenues have grown by 136% in the fiscal ending March 21 and this momentum continues, driven by 44% YoY growth in new customers. Amagi enables up to 40% savings in cost of operations as compared to traditional delivery models. As ad spends shift to connected TV and OTT, Amagi has also been enabling customers to effectively monetise their content libraries, with its new product introductions. In fact, it has been delivering 5-10x growth in ad impressions for some of its top customers in recent times. 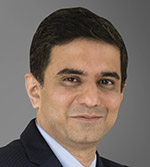 “Our journey of partnering with Baskar, Srividhya and Srinivasan in bringing alive their vision of becoming one of the fastest growing media SaaS companies in the world has been an enriching one. Amagi has today catapulted to international success with a global footprint and a robust growth trajectory on the back of its bold and pioneering technology innovation along with their ability to foresee the needs of the industry. We are confident of their continued success and wish them well on their journey ahead.” said Rajesh Kamat, Managing Director, Emerald Media —KKR’s Pan Asian Media Investment Platform.

“Mayfield being the first institutional investor in Amagi in 2013, we have observed this company grow from an India focused technology and services player to a truly global and dominant SaaS enterprise on the back of their unique and homegrown IP stack. We wish all three founders and the incoming investors all the best in the years to come”, said Vikram Godse, Managing Partner, MF Advisors who invested in the Series A round in 2013.