Adani's media foray: What is on the cards

The group is likely to go all out by forging partnerships with international news outlets, launching its own products and acquiring controlling stakes in distressed publications and news channels 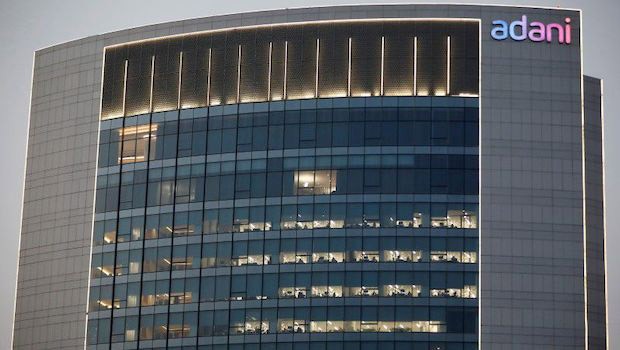 The Adani Group's foray into the media and entertainment sector is likely to be big as the Gautam Adani-controlled conglomerate is eyeing to partner with international media outlets to launch its own products and acquire significant stakes in local publication houses and news channels.

"The media foray won't be just around business news but it will focus on the political economy as well. The group was planning it for a long time. But things started catching pace when a recent story against the group impacted its reputation and market cap hard," said the company insider.

Most media companies in India are currently distressed because of the impact of the Covid-19 pandemic, especially on print.

The Adani Enterprises has taken on board veteran journalist Sanjay Pugalia as Chief Executive Officer and Editor-in-Chief to lead the Group’s media initiatives.

Pugalia has joined the group from Quint Digital Media, where he was President and Editorial Director.

"The Bloomberg partnership with Quint media is going to be up for renewal in some time. There are talks that Adani Group may tie up with the global media group to start something from scratch in India. There are other global media brands such as Fox, who are eying to re-enter the Indian market, especially under the new geopolitical atmosphere. Any strategic tie-up with the Adani Group may give them wings to their India plans. However, the group is also said to be open to acquisitions in the market," said the company insider, adding they aren’t just looking at one venture but building a group of news-focused products.

Asked why Pugalia was chosen for the task, the company insider said though his last organisation wasn't on the right side of the political establishment, his individual equity is beyond party lines and he has excellent experience of running organisations in print, digital and TV.

Moreover, Pugalia has a track record of building news products from scratch as he has been a part of the founding teams of Aaj Tak, Star News (now ABP News) and CNBC Awaaz and CNBC Bajar.

Over the years, Pugalia has been a go-to media expert for promoters who wanted to launch profitable disruptive news media platforms. His viewer-centric approach, strong business acumen, coupled with innovative programming formats, made him a favourite over the years with media tycoons.

Many years ago, global media baron Kerry Packer of Network 9 had approached Sanjay to lead his India joint venture Channel 9 as its head, strategic planning, which also included the films business.

"The Adani Enterprises is likely to be present across all three mediums. Pugalia seems to be a qualified person for the job," he added.

India's news media sector has been in red since the Covid outbreak and any new investment for commercial reasons may not look very feasible.

"The size of the sector, including newspaper, digital and news channels, is approximately around Rs 22,000 crore. Newspapers contribute a majority of it, of which Times of India Group has a lion's share. Given that existing leaders are struggling to stop the de-growth in revenue, the Adani venture may not make a lot of commercial sense but then it gets incomparable clout given the group is frequently under attack," a media observer said.

Tags: Adani's media foray What is on the cards
Advertisment
More from this section