Crafted by 82.5 Communications, the film captures the life of a cadet who goes through a rigorous army training and is on the verge of giving up. Gifted to him by his father, the phone becomes the inspiration for him to not break and eventually becomes a commando

In its latest campaign, Lava Mobiles introduced its range of military grade feature phones. Durability and sturdiness are the most important aspect of these phones, and it is targeted to the people who live a rough and tough life.

Conceptualised by 82.5 Communications, the ad film captures the life of a young cadet who goes through a rigorous army training and is on the verge of giving up. Gifted to him by his father, the phone becomes the inspiration for him to not break and eventually becomes a commando. 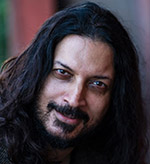 Sumanto Chattopadhyay, Chairman and Chief Creative Officer 82.5 Communications, said, "To advertise a mobile handset that's military grade, we decided to make a film that's 'military grade' too. We want the viewer to feel the stress and strain the protagonist, a cadet, goes through—in order to appreciate the toughness needed to survive it. The toughness, which the Lava phone possesses, serves as an inspiration to the cadet to stay strong."

Chandana Agarwal, President, North, 82.5 Communications, said, “A brand that has been investing in building its Indian credentials, long before it became fashionable to do so, now goes one step forward and demonstrates that it understands Indians better than anyone else. ‘Toughness’ is an attribute of the Indian Spirit that we seek from our phones as well. Lava phones are Military Grade and this ad brings this attribute to life with a touching story of a father and son.”

Preeta Mathur, Group Creative Director; 82.5 Communications, said, “‘Khaas unke liye jo kabhi toot-tey nahi’, that’s the essence of this film. It talks to the ‘tough’ inside us and gets us to relate to this military grade phone that is as tough as that part of us. It’s also our tribute to all the wings of the armed forces that live the tough life for India. After all, it's an emotional film made by a brand that's proudly Indian and conceived by an agency that's all about ingenious Indian ideas.”