The leading Hindi news channel has handpicked 32 advertisers it would invite for key sponsorships for the upcoming UP elections. Out of the 32, the news channel will pick only three as key sponsors 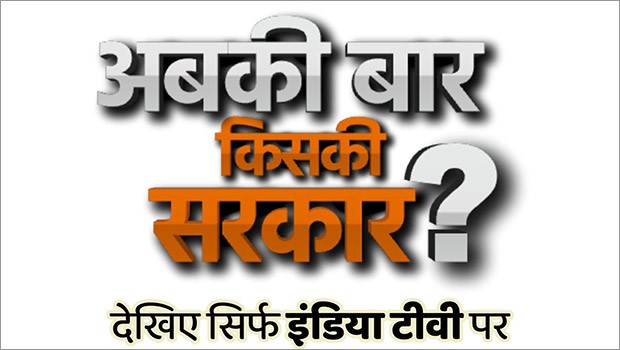 India TV, one of the leading news channels in the Hindi segment, is gearing itself to make the most of the upcoming Uttar Pradesh elections, which are likely to be held early next year.

The news channel is launching a first-of-its-kind initiative, ‘Sponsorship by Invitation’, for its flagship programming ‘Abki Baar Kiski Sarkar’ on the UP elections. Under this initiative, it would open the top three sponsorship slots for select brands instead of traditional selling, ​​where you go to everyone and pray someone chooses to come on board. The channel has handpicked top 32 advertisers based on the relevance of the brand according to the TG of India TV.

The channel is expecting to close the three top sponsorship deals at a premium rate. It also hopes the spot advertising rates during election coverage will go up by 70%. For result day, the channel traditionally attracts a very high premium. According to Sudipto Chowdhuri, Chief Revenue Officer, India TV, the channel will pick up only three key sponsors from the ones that are willing to advertise.

Asked about the thinking behind this strategy, Chowdhuri said Hindi news is a genre that has its own responsibility and credibility and, hence, all the news channels should be careful while choosing their partner brands keeping these things in mind. “India TV will connect the most relevant brands with the most relevant viewers. Money is not the criteria,” he said.

“Our organisation is led by people such as Rajat Sharma and Ritu Dhawan, who have been in television since 1989 and, hence, as an organisation, we strongly believe that it is our responsibility to bring the right kind of brands to the channels as sponsors or as regular advertisers that relate to the viewers in a true sense. It’s not just dumping any brand advertising on the channel even if our viewers do not relate to the brand. We will not do that just because we are getting some money. So, we are being authentic,” he said. It doesn’t mean other brands are not good but they may not resonate so well with the audiences during specific programming, he explained.

Talking about the basis behind shortlisting only 32 brands, Chowdhuri said, “We have done our research and there are brands for which news channels are very important. So the right kind of brands are being approached and we will be sending invitations for our top three sponsorships — one presenting sponsor, and two co-presenting sponsors. The top three will be chosen among those top 32 brands across the country.”

The Uttar Pradesh state assembly elections are a high-powered political event, which is being seen as a midterm test of popularity for the Modi Government.

Chowdhuri said that the news audience has grown whereas other genres have lost their viewers to OTT. He said big events such as GST implementation, demonetisation, Ram Mandir, Triple Talaq, surgical strikes and Article 370 abolition during the last seven years have ensured the viewers are also hooked to TV news. The trend is likely to continue even in the future.

Chowdhuri said India TV’s revenues for FY21 were impacted but it did not go below 2019’s pre-Covid level. “In FY22, we see a growth of 15-18% wherein the UP elections alone will contribute with 15%,” he said.

Tags: India TV sponsorship by invitation only
Advertisment
More from this section