Conceptualised by Dentsu, and produced by Wat Consult, Hindustan Times celebrated its journey in the nation’s development and the struggle from the pre-independence days till the present through the campaign 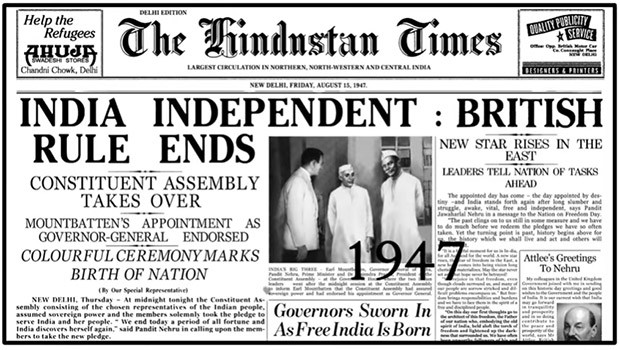 As India entered its 75th year of independence, Hindustan Times rolled out the campaign #HTLegacyofTruth through a set of five immersive 3D audio stories from key milestones of independent India. The five stories anchored on the Hindustan Times’ historical archives of the editions published on the very day that:

Conceptualised by Dentsu, and produced by Wat Consult, #HTLegacyofTruth is a digital audio-first campaign under which Hindustan Times celebrated its journey in the nation’s development and the struggle from the pre-independence days till the present.

It brought to life the stories of pre-independence India, followed by stories that truly made the country feel independent. These stories have been turned into immersive 3D audio experiences and an illustration led treatment for visuals to keep the audience engaged. Through the series, the brand weaved in the story of how Hindustan Times has remained a prominent partner in the country’s struggle for independence and a major player in its development post-independence by voicing the issues that matter.

Aparna Bhawal, Vice-President, Marketing at Hindustan Times, said, “Hindustan Times has been at the forefront of Indian journalism for almost a century and an integral part of the independence struggle as the fourth pillar. The written word has its own magic, and going through the Hindustan Times archives to conceptualise the campaign was an emotional experience that moved us and at the same time transported us to the India of 1947. We wanted to share that experience with our readers, especially contemporising history for the millennials and GenZ, who at times can feel disassociated with the sacrifices of the previous generations, and give them an experience that takes them back in time to the pre Independence era, as well as remind them of the milestones of free India.  We were able to achieve this with our partners who conceptualised and executed the vision perfectly.”

Anupama Ramaswamy, Chief Creative Officer of Dentsu Impact, said, “The occasion of Independence Day fills us all up with a strong feeling of patriotism and country-love. On such an occasion it seemed more than apt to bring back some historic milestones from our country’s rich history. Fortunately for us, a brand like Hindustan Times has shared that legacy in its own way. The idea was just waiting to be found.”

“The medium of 3D audio was also something that excited the entire team on both sides. While the world seems to be moving more and more towards visual communications, this reinvention of the audio medium was just too fresh and impactful to be ignored,” she added.