The Gender Bias and Inclusion in Advertising in India report that examines 1,000 most-watched Indian ads in 2019 also finds colour-based prejudice in advertisements 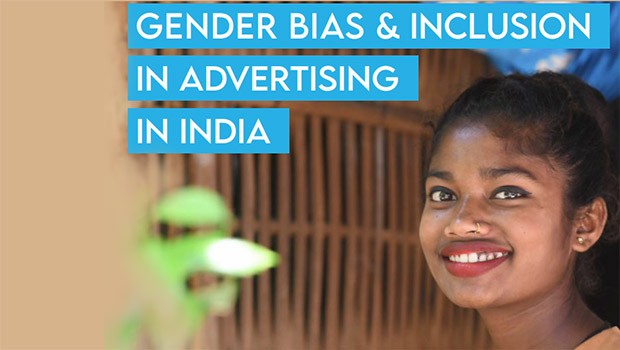 A report titled ‘The Gender Bias and Inclusion in Advertising in India’ has revealed gender stereotyping in India's television and YouTube advertisements.

The research study carried out by UNICEF and the Geena Davis Institute on Gender in Media was discussed at a roundtable discussion IAA India held with major stakeholders of the industry.

The report that examines 1,000 most-watched Indian ads in 2019 has gone into issues such as ageism and colourism prevalent in ads. According to the report, while female characters dominate the screen and speaking time, they tend to be stereotyped in some brands or roles associated with beauty or domestic products.

The report recommended several points to improve the gender depiction in advertising in India, which include:

- Increased representation of women and girls across age, social class, skin tone and other diversity indicators.

- Promotion of diverse templates of beauty and avoiding regressive beauty norms of women and girls being only fair and thin.

- More women and girls portrayed as leaders, especially in the public sphere.

- Positive gender norms around body and attitudes towards healthy eating.

“We are advocating for establishing gender guidelines for advertising and setting benchmarks for both the quantity as well as the quality of representation of women and girls,” Jha said.

The session was followed by a roundtable discussion with some important stakeholders of the advertising industry, who expressed their views on the findings and what could be improved.

“Looking at it from an industry perspective, I think the first thing is to raise the consciousness amongst ourselves,” he said. “I believe that in the last 10 years, I've seen a rise in the consciousness mode from our own industry with more women at the top, more women and on the marketing side of the door and that is the way to do it. From an industry body perspective, we have in the past focused on policing the narrative and focusing on complaints. We are focused a lot on how one guides the industry, how one guides or helps the industry navigate towards more responsible advertising and gender depiction, and the presentation is very much a key part of our plans,” said Subhash Kamath, Chief Executive Officer, BBH & Publicis Worldwide, India and Chairman at ASCI.

Rana Barua, Group CEO, Havas Group, India, said clients today are actively aware of the issue and brands such as Unilever and P&G are actively pushing the narrative. He said changes are being visible in even the stereotypical categories who are trying to break the taboos.

He said at a group level they have been taking the narrative very seriously when it comes to hiring and management.

Kainaz Karmakar, Chief Creative Officer at Ogilvy India, suggested that the depiction or the narration does not always have to be obvious. She said the depiction of women can also be improved subtly by showing them in non-traditional roles.

Tags: Women are highly stereotyped in Indian ads
Advertisment
More from this section