The campaign is a celebration of the freedom girls have enjoyed alongside their cycles. It encapsulates what it means to be a Ladybird girl, be it drenching in the first rains, taking on a risky slope, meeting your crush for a date, discovering new hangouts and more 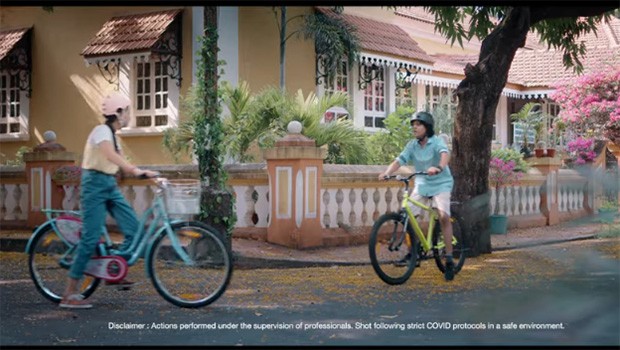 BSA Ladybird, a leading name in cycles, has shaped the childhoods of generations of women, helping them be independent, free-spirited and fun loving. As the brand reaches a major milestone of 25 years in its journey, BSA believes the girls behind this successful ride deserve an ode. Their adventurous and joyous spirits are what evolved the brand over the years and helped it stay the favourite.

The 25-year campaign from BSA Ladybird is a celebration of the fun and freedom girls have enjoyed alongside their cycles. It encapsulates what it means to be a Ladybird girl, be it drenching in the first rains, taking on a risky slope, meeting your crush for a date, discovering new hangouts, or finding the way to your passion. KK Paul, President, TI Cycles of India, said, “Fun, freedom, energy, style and comfort are some of the values that define the BSA Ladybird. Over the last 25 years, BSA Ladybird has not just partnered a girl's self-determined quest for independence, but also been an extension of her personality and style statement. Over the last decade alone, 3.5 million young girls and women have experienced the joy of riding a BSA Ladybird Cycle. To celebrate this feeling, we are releasing a film, in which we have attempted to capture how early experiences and childhood, evolve us. In order for women to pursue their dreams, it is imperative for us to acknowledge the importance of freedom for the girls, at the right time, to emerge stronger than ever. Today, we thank them for trusting and including us in their journey of growth.”

Mahesh Gharat, Chief Creative Officer, Ogilvy India, South, said, “BSA Ladybird has always been the choice of spirited, independent girls. When we look at the brand’s role in their lives, it has been more of a friend and confidante. Someone who has a strong hand in shaping the way they spent their developing years. The brand, in turn, has grown with these girls, imbibing their fearless spirit. This journey of fun and freedom is what we have tried to capture through the film and the campaign.”

To ensure that the film has a very robust women-centric narrative, almost 90% of the crew working on this film, starting from the director, writer, producer and music director to the casting as well as production team, comprised of women – not to mention the young girls who formed the cast. The agency and the brand teams believe that this has helped shape the film better, with genuine moments of fun and freedom borrowed from the childhood stories of key team members.