The TVC highlights the nutritional benefits of Daawat Sehat, basmati rice fortified with iron and vitamin, and how it builds immunity to keep the family healthy 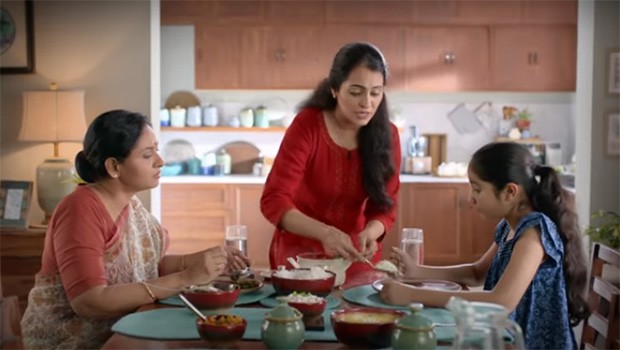 Consumer food company LT Foods has expanded its product portfolio in the health segment with ‘Daawat Sehat’, a fortified everyday basmati rice, fortified with iron and vitamin which has been very well accepted by the consumers.

The company is leveraging the brand equity and distribution network of its flagship brand ‘Daawat’ to market this product in India. A television campaign (TVC) has been launched for Daawat Sehat, which highlights the nutritional benefits and how it builds immunity to keep the family healthy. The brand is popularly termed as ‘Poshan Waala Chawal’.

The storyline revolves around the narrative on how a bowl of iron and vitamin-fortified Daawat Sehat provides requisite nutrition, especially to kids, who are fussy about eating nutritious food such as dal, vegetables, milk, etc. The film opens with a close shot of a little girl sitting at a dining table serving herself only rice. Her naani is concerned about this and tells her daughter to give the child something more for nutrition/ poshan. The daughter smiles and assures her that she is doing just that; ‘Mummy! Wahi toh de rahi hoon’, pointing at ‘Dawaat Sehat’ pack. The story then goes on with visuals of rice being fortified with iron, Vitamin B12 and folic acid and packaged as Daawat Sehat and ends with the naani also enjoying just Daawat Sehat with her granddaughter, won over by ‘Poshan wale Chaawal’ (nutritional rice).

Ashwani Kumar Arora, Managing Director and CEO LT Foods Limited, said, “The government has been implementing food fortification on a large scale and it has been identified as one of the key strategies to achieve the target of ‘Kuposhan Mukt Bharat (malnutrition-free India) by 2022’. During the recent budget as well, the government restated the importance of food-fortification through rice, which happens to be one of the key staple-foods of the 65% of the Indian population, which reaches the most vulnerable and poorer section through programmes such as Mid-Day Meal, Integrated Child Development Services and Public Distribution System”.

He added, “Keeping in mind the overall agenda of ‘Kuposhan Mukt Bharat (Malnutrition Free India) by 2022’, LT Foods has launched ‘Daawat Sehat’, the fortified everyday Basmati rice, which stands for health and nutrition.”

Ritesh Arora, Head, India Business, LT Foods, said, “Daawat Sehat was launched last year and it was very well received by the consumers who were looking for healthier options during the current times. The campaign that was launched last year on the digital platform talks about the nutritional benefits of fortified rice and how ‘Daawat Sehat’ provides a solution in this regard to keep themselves and their family healthy. The launch of this TVC will tap a larger audience and further strengthen and increase the awareness of Daawat Sehat, the fortified rice.”

Daawat Sehat is available across the country at all major outlets including channels such as modern trade, general trade and ecommerce. The initial launch, which was during the lockdown, was supported by a digital campaign across news portals and social media platforms like Facebook and Instagram. The digital campaign garnered more than a million views. The brand is now planning to reach a wider audience with this TVC.

Daawat Sehat is packaged Basmati fortified with iron, folic acid and vitamin B1, B3, B6 and B12. Made with a special process, the nutrition of iron and vitamins remains intact, even after washing and cooking. One bowl of Daawat Sehat has nutrition equivalent of two glasses of milk or one bundle of spinach.