Is sport becoming a risky proposition for brands?

Sports events are an expensive association but promise good reach and recall. But lately, with IPL getting postponed and brands such as Toyota pulling ads out of the Olympics amid rising concerns over Covid, sports is proving to be a rather riskier proposition for brands 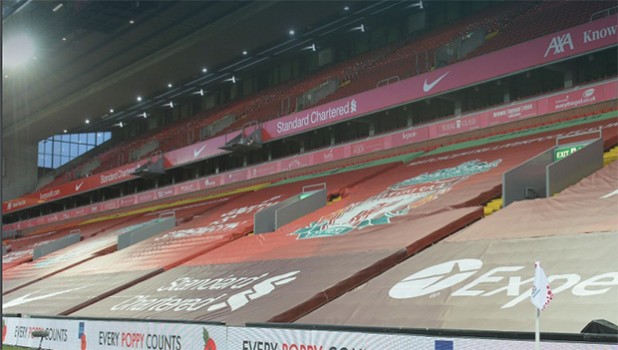 Toyota, one of the top corporate sponsors of the International Olympics Committee (IOC), has taken its Olympics-related TV ads off air in Japan in the face of opposition to the games being held amid the pandemic and increasing Covid-19 cases among athletes.

At least three athletes tested positive inside the Olympics village, days after Japan declared a fourth state of emergency in Tokyo.

While experts believe Indian brands will not follow Toyota, brands and agencies do agree how sports in general have become a riskier bet because of the unforeseen circumstances.

With events getting postponed and brands pulling back ads, the experts discuss whether or not such situations paint a confident picture in the longer term. Vanita Keswani, CEO, Madison Media Sigma, believes that Japan, which is battling a Covid wave, has been wise in pulling out on-ground support and not making the event accessible to the public. She said Toyota pulling out TV ads seems to be more in line with the local negative sentiment in Japan.

However, she doesn’t think Indian brands will pull out support from the Olympics.

“It is likely to get good viewership. The Government is supporting the ‘Cheer for India’ campaign and athletes have worked hard for the event. As I see it, this goes well to build the human spirit,” Keswani said.

On sports being a risky proposition, she said, “Undoubtedly yes. But large sports events, and even large media properties such as reality shows, have had instances of being risky due to various other reasons besides Covid-19.”

Keswani said brands need to be prepared for all consequences in today’s day and age as the environment calls for dynamic and A-B scenario planning.

For the Tokyo Olympics, Edelweiss, Nippon Paint, Inox Group have joined as national sponsors while Amul, Raymond and JSW Group are on board as partners for the Indian Olympics Association. MPL Foundation has joined as a principal sponsor for the Olympics as well as Asian Commonwealth Games. All of them, including Bharat Petroleum Corporation Limited (BPCL), are running extensive 360-degree campaigns to support the athletes. Abbas Akhtar, Chief General Manager, PR and Brand, Bharat Petroleum, said the risk associated with sports is only short term due to the pandemic.

“Events such as the Olympic Games are watched by an incredibly broad range of people. Not just men, or sports fans, but basically everyone. The sense of nationality that the Olympics fosters is what turns the Games to a worldwide phenomenon. So as the pandemic eases out, spectators will return to the games, so will brands,” he said.

Bharat Petroleum has inducted about 250 sportspersons in various sporting disciplines in the last several decades and built a major part of its campaigns around its seven players who will represent India in Tokyo, who, it will continue to support in this mega sporting event.

Akhtar said postponement of the Olympics or IPL and brands pulling back from such events will have only a short-term impact. Once the pandemic recedes, it will be business as usual as loyalty of the people for the country, sense of pride and adoration of sports stars reach a fever-pitch during such events, giving brands a perfect opportunity to connect and celebrate with the people.

IPL 2021, which was postponed in May this year in the wake of the Covid-19 pandemic, will resume on September 19. Around 27 new categories and 96 brands had bid for this year’s IPL, including Unacademy, which had suspended its IPL campaign and said it would return with a refreshed version when the league restarts.

If one looks at the kind and number of sponsors that have come on board for the Olympics and IPL, they remain intact even after the postponement. “Postponement of events is beyond human control and I don’t think it has any impact on the sponsorship of any sporting activity. So I don’t see any risk. In fact, I would say that since other mediums are not that active, and a lot of brands incurred losses, I am sure these events are going to be a good thing. And the investment in sports will grow from here, for sure.”

Yalvigi said over the past three-four years, the market has matured and brands are spending money on sports other than cricket, especially the Olympics. Brands such as JSW, MPL are doing this not only for branding opportunities but also supporting sports and athletes.

He said the Olympics are a refreshing change for brands to look at.

Asked how the postponement of matches impacts the brand, he said, “It doesn’t make much of a difference. The campaign postponement has primarily happened on air and that is but natural. If you don’t have the event, you won’t have the campaign. Even after the postponement, I don’t think there has been a single brand that has walked out of IPL. That relationship still continues. Brands will continue to ride on it and investments in sports and in IPL will grow further in coming years.”

Tags: risky proposition for brands
Advertisment
More from this section