Shaun Nanjappa Chendira, Head of Advertising, Sales, South Asia, Discovery Inc, tells BestMediaInfo.com how its business has stabilised and reached pre-Covid levels owing to a strong relationship with advertisers. Despite the second wave, the coming quarter looks promising for the media company, he said. 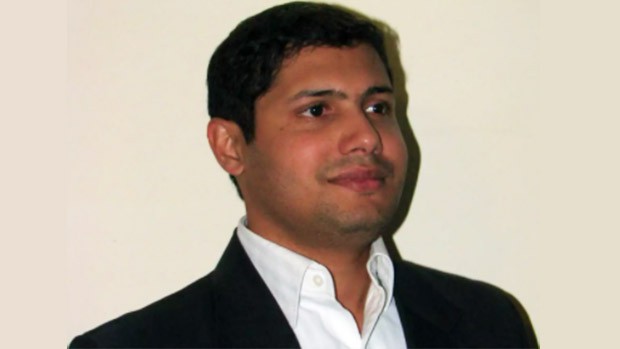 Even though television consumption in India increased by 9% to 999 billion weekly viewing minutes on the back of the Covid pandemic, broadcasters had to bear the brunt of the fluctuating and low ad rates.

Shaun Nanjappa Chendira, Head of Advertising, Sales, South Asia, Discovery Inc, told BestMediaInfo.com how the media company, despite a 50% loss in business last year, was able to reach its pre-Covid levels with advertisers coming back to normal rates.

Chendira elaborated how it continues to focus on India-based relevant content for the masses and customised solutions for tier two markets.

“The impact of the pandemic was considerable. 2020 was a difficult year for us, especially in the first half when advertising per se kind of dropped to a trickle. We had less than 50% business coming in. However, the bounce-back after August was very healthy and very robust. It actually helped us recoup from the lockdown impact. I think since then, things have normalised and are back to 2019 levels. Business has stabilised. And despite the recent second wave, recovery in the months of July and August is looking very positive, and should be close to normal,” he said.

In terms of viewership, he said how television viewership has actually grown during the pandemic. The numbers have improved across the board, irrespective of brands, over 2019.

“With very few advertisers, I think the demand was very low. Marketers themselves were actually going through a tough time. The position that we took was essentially saying, ‘let's partner with you’, because both (advertisers and broadcasters) were going through rough times. It was a partnership that we worked out. So when the markets stabilised and when advertisers came back to normal, all the rates that were impacted previously were also back to normal. This is because marketers also reciprocated saying, ‘you’ve had me on during my difficult time’. So it is a very healthy environment and we're back to normal,” he explained.

Asked what categories are betting more on infotainment, he said due to the pandemic, certain segments such as FMCG, two-wheelers, telecom and mobile handsets grew and were advertising more.

Sales of these particular categories went through the roof with consumers also resorting to revenge buying.

Discovery was already closely working with the same set of clients in these particular categories, which helped it to grow out of the pandemic-induced losses.

“We've always worked very closely with our clients and have a deep relationship with them, which have been forged over five-six years. So the net result was that we became the first port of call for these particular brands,” he said.

Chendira said branded content has made up for the loss of traditional brand visibility campaigns and its focus in the space has grown three-fold in the last one year.

Another challenge for most broadcasters has been the lack of fresh content with shooting restrictions in place.

To tackle this, Discovery adopted the strategy of identifying alternative markets to keep delivering for its clients.

“Shooting restrictions have been very challenging since a lot of markets were shut down. So we couldn't really be in those particular markets. When we couldn't shoot at a particular location, we started to identify another market so that we could still deliver for our clients. We adapted to all safety precautions. We took shows that were traditionally shot in different geographic locations and brought them into a virtual format.”

For instance, its Discovery School Super League along with BYJU’S was completely shot virtually.

Chendira said the use of technology helped it achieve this goal, which was a great learning for the company.

“Creating relevant content became priority for us. A pivot towards India-relevant content has been very well received on both platforms—digital and linear TV. This content per se is very catchy. We will, however, continue to deliver international shows in the market since we are about addressing curiosity and expanding people's horizons,” he added.

To attract tier two markets, it is endeavouring to penetrate deeper and deeper with massy and relevant brands in people’s lives. He said there’s a lot more aggressive push on its Tamil brand, which recently had a brand refresh.

Summing up its strategy to win viewers hooked to other infotainment channels, he said, “The first and foremost is the relevance part, which is creating more India-based content. We're creating more India-based and more mass content with shows such as Secrets Of Sinauli: Discovery Of The Century, or Star Vs Food. We've always played among the passionate communities, for whom cricket or other content is a mainstay but so is stuff such as motorsports. We are trying to capture everything. The relevance of what's happening in our lives as an audience versus what's happening in the content is enmeshed. We are clearly working on this front.”

With a growth in digital consumption and rise of catch-up content (content that can be watched anywhere and everywhere), it is driving its D+ platform, which is an alternative to the big screen experience.