Dainik Bhaskar hits back after IT raids, says government scared of ‘true journalism’ 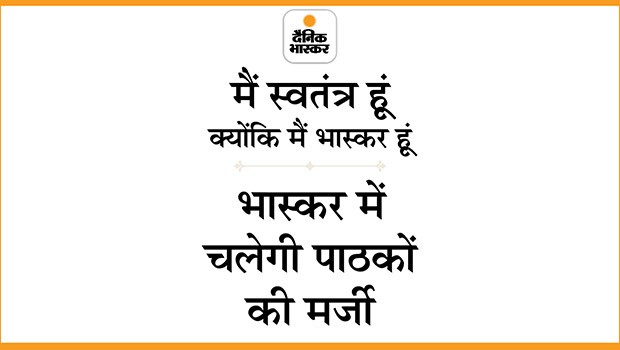 Media group Dainik Bhaskar has condemned the income-tax raids on their offices early Thursday and said that the government is “scared of true journalism”.

Tax raids were conducted at the premises of the media group and an Uttar Pradesh-based news channel Bharat Samachar. Some 100 officials searched around 30 locations in multiple cities across Madhya Pradesh, Maharashtra, Delhi, Rajasthan, and Gujarat over alleged tax evasion.

The Income-Tax Department conducted searches at the promoters' residences and offices as well.

Bharat Samachar’s premises were also raided in Lucknow. It is said that the channel’s has been recently critical of the UP government.

Citing some examples of “why the government is scared of their journalism”, Dainik Bhaskar said in a statement on their website, “During the second wave, for six months, Bhaskar presented to the country the true picture of the government’s handling of the Covid-19 situation. Be it the matter of floating dead bodies in the Ganges or the underrepresented death count due to the pandemic, Bhaskar showed fearless journalism and brought the truth in front of the public.”

Meanwhile, responding to the Congress' charge that the raids were intended to throttle the voice of democracy, Information and Broadcasting Minister Anurag Thakur defended the I-T action.

"Agencies are doing their own work and there is no interference...One should take complete information and in its absence sometimes many issues come up that are far from the truth..," he told reporters at a Cabinet briefing.

Opposition leaders were quick to condemn the raids and said this was the government’s attack on journalism and that the news publication was paying the price for exposing the government’s mismanagement of Covid-19’s second wave.

Congress’ General Secretary Randeep Surjewala asked “How much more will you strangle the media?”

Congress’ Rajya Sabha MP Jairam Ramesh tweeted that it was an “undeclared emergency”.

Through its reporting Dainik Bhaskar has exposed the Modi regime’s monumental mismanagement of the COVID-19 pandemic. It is now paying the price.

An Undeclared Emergency as Arun Shourie has said — this is a Modified Emergency. https://t.co/EVLHGisGTq

The attack on journalists & media houses is yet another BRUTAL attempt to stifle democracy.#DainikBhaskar bravely reported the way @narendramodi ji mishandled the entire #COVID crisis and led the country to its most horrifying days amid a raging pandemic. (1/2)

Income Tax raid on Dainik Bhaskar newspaper & Bharat Samachar news channel is a brazen attempt to suppress the voice of media. Modi government cannot tolerate even an iota of its criticism. Due to its fascist mentality, the BJP doesn't want to see the truth in a democratic setup.

Delhi Chief Minister and AAP leader Arvind Kejriwal said that the raids should be stopped immediately.

IT raids in Ahmadabad , Bhopal etc

The Press Club of India also condemned “such acts of intimidation by the government through enforcement agencies”.

The Press Club of India deplores such acts of intimidation by the government through inforcement agencies to deter the independent media from discharging their duty to serve the society pic.twitter.com/IMZgj3rT1e

During the second wave of the Covid-19 pandemic, the Dainik Bhaskar group had severely criticised the government over their handling of the pandemic.

Through a series of stories on the rising deaths, they had reported how bodies were being dumped along the river Ganga. Their Covid-related coverage was noticed globally and was carried by publications such as NY Times, The Guardian, BBC, CNN and Singapore Times.