Capping the prices of TV channels in the name of public interest will lead to the gradual decay of TV content as broadcasters will shy away from investing in quality programming. In the present economic situation when ad expenditure is declining, broadcasters should be allowed to price their channels as per market conditions 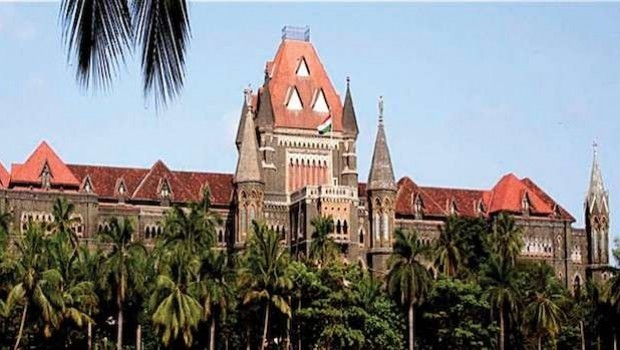 On June 30, 2021, the Bombay High Court pronounced the judgment in the petitions where the Producers Guild, several creators / programming professionals, broadcasters and the IBF had inter-alia challenged Telecom Regulatory Authority of India’s (TRAI) prescriptive regulatory regime (NTO 2.0) on the grounds of being unconstitutional vis-à-vis Articles 19(1)(a)(i) and 14 of the Constitution, among others.

In its order, the High Court struck down the second part of the twin pricing conditions of the amended NTO 2.0 as unconstitutional. The second twin condition stated: The a-la-carte rates of each pay channel (MRP), forming part of a bouquet, shall in no case exceed three times the average rate of a pay channel of the bouquet of which such pay channel is a part.

The court, however, upheld the first twin condition, which translates into a cap on discount of up to 33% for a bouquet, as well the cap of Rs12 as a-la-carte MRP of those channels that are a part of any bouquet.

To explain the second twin condition, if a bouquet consisting of 10 channels is priced at Rs 30, no channel could be priced above Rs 9 if it is a part of that bouquet. Now, the industry is wondering how this cap is different from the Rs 12 cap. If one cap is unconstitutional, how is the other cap of Rs 12 constitutional?

Where did the Rs 12 figure come from? In 2017, then TRAI Chairman RS Sharma had requested all the broadcasters to introduce festival offers during Diwali. TRAI itself suggested that the broadcasters should offer their channels at Rs 12 for three months. The broadcasters honoured the chairman’s words and offered a special festival offer at Rs 12. TRAI, in its amendment, made this permanent in NTO 2.0.

Be it Rs 19 cap in NTO or Rs 12 cap in NTO 2.0, broadcasters claim that TRAI fixed both the MRPs without consulting them. Now because of the court’s order, TRAI will get more power and after six months, it might come up with a new figure, say Rs 5.

The industry is also asking how capping of MRPs is valid in the name of ‘public interest’. A sports channel spends an average Rs 4,000 crore for acquiring rights and has to be sold at Rs 19 if it has to be a part of any bouquet. Another channel that does not even spend Rs 50 crore has the same price capping. What is the rationale for this? Can apples and oranges be sold at the same price?

The new I&B Minister Anurag Thakur would understand this logic better as he also heads the youth affairs and sports portfolio.

How would the public know about the cost of content acquisition? If there is a public interest, this concern should be with Doordarshan only because they are acquiring content with taxpayers’ money. Even though news can be an essential commodity, entertainment is not an essential. By this logic, can the MRPs of tickets in multiplexes be capped?

The essential commodities are decided by the central government and prices are fixed on a temporary basis. The recent examples were prices of certain essential items fixed during the pandemic.

In no other case, any price is fixed or capped by the government in the name of ‘public interest’, be it petrol, diesel or cooking oil. All are essential for anyone’s living, while watching entertainment is not.

The industry is also unable to understand why the first part of the twin conditions was constitutional if the second part was unconstitutional. The first part regulates the discounts given by broadcasters on bouquets, which is purely a business strategy. The cap on discounts was first struck down by the Madras High Court; then TRAI went ahead without this part as it was the bone of contention in the rollout of the NTO. It was brought back in another form after a year by TRAI. How was this trick by TRAI sacred and more constitutional than broadcasters’ business strategy?

The fallout of this judgement is far more serious than it appears. What if broadcasters start realising that this is not a free sector for growth and start shutting shop? What if they start offering below-standard content to retain their margin, which we call low-cost business model? Can the broadcasters be forced to run a business saying they will not be allowed to earn more than a fixed amount or percentage?

An analytical look at the relevant part of the Bombay High Court judgment:

The High Court recognised television broadcasting as an integral part of Article 19(1)(a) by stating: “Television broadcasting, with which we are concerned in the present case, being a medium of expression, interalia for the citizens to express their views and creativity, is thus an integral part of Article 19(1)(a).” However, it allowed for the cherished right of speech and expression to be regulated in public interest.

In this regard, it is noted that Article 19(2) of the Constitution sets out eight specific grounds under which ‘freedom of speech and expression’ can be regulated by a law which is reasonable. Article 19(2), which is the only provision under which the cherished right of speech and expression may be regulated, doesn’t even make a reference to ‘public interest’.

Article 19(2) states, “Nothing in sub clause (a) of clause (1) shall affect the operation of any existing law, or prevent the State from making any law, in so far as such law imposes reasonable restrictions on the exercise of the right conferred by the said sub clause in the interests of the sovereignty and integrity of India, the security of the State, friendly relations with foreign States, public order, decency or morality or in relation to contempt of court, defamation or incitement to an offence.”

This is in stark contrast with Article 19(6) which provides that ‘freedom of trade/business’ may be regulated on the grounds of public interest. Therefore, it appears that the ability to restrict freedom of trade / business on the grounds of public interest has been imported into the Article 19(2) to permit regulation of freedom of speech and expression and appears to be re-writing the Constitution.

In light of the above, the present judgment can have serious ramifications across all manners and modes of speech and expression, as it will now be open to the State to impose restrictions on the broad and subjective ground of ‘public interest’ itself.

The Hon’ble High Court appears to have relied on the judgment pronounced in MIB vs Cricket Association of Bengal (decided by the Supreme Court in 1995) to read ‘public interest’ into Article 19(2); and made departure from the settled judicial principles laid down in the landmark cases of Sakal Papers, Bennett Coleman and Indian Express on the grounds that they are related to print media and the present case is related to electronic media.

Whereas, in subsequent judgments, the Supreme Court has reaffirmed that freedom of speech and expression cannot be regulated on any ground besides the eight grounds stipulated in Article 19(2). The Supreme Court has relied on the refusal to allow additional restrictions (such public interest) even in respect of electronic media as quoted by the same MIB vs CAB judgment.

While our constitutional courts have time and again exercised their inherent power / judicial activism to add vigour to the fundamental rights of the citizens (particularly the right /ability to create and disseminate), the current judgment appears to have gone in the other direction.