Tune into the channel on July 11, at 1pm and 3:30pm to watch Velvet Nagaram and Nayyapudai 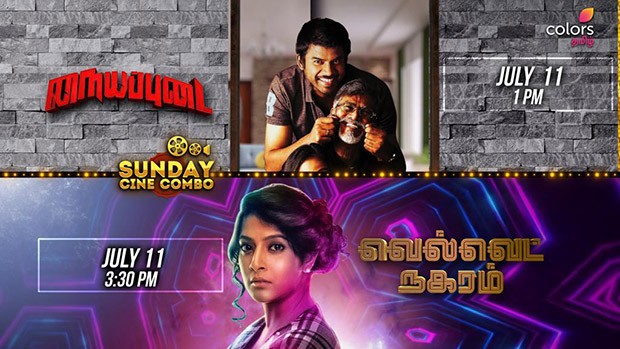 As part of its popular Sunday Cine Combo, the channel will start with Nayyapudai, an action thriller, directed by Vijaya Kiran. It follows it up with Velvet Nagaram, a gripping tale about an investigative journalist.

Nayyapudai’s storyline follows the fights of a retired army officer against corruption, and his role in saving a couple from the clutches of a local don. Essayed by director S.A. Chandrasekharan, the character Vellaichamy is a charitable man who takes care of children from impoverished families. His quaint life takes an unexpected turn as he gives refuge to a couple, played by Pa Vijay and Chandini Tamilarasan, who have eloped.

Velvet Nagaram is a psychological thriller starring Varalaxmi Sarathkumar and Ramesh Thilak, and directed by debutant Manoj Kumar Natrajan. The film is based on real-life incidents and revolves around a journalist who traces the mystery behind the murder of an actress but finds herself in a dangerous situation after getting cornered by a bunch of goons. The film has realistic performances and many tense moments. It also has mind-blowing cinematography by Bagath Kumar. With music composed by Achu Rajamani, (known for his album Goli Soda), it is an edge-of-the-seat ride for the audience.