Colors Odia brings Ratha Yatra for its viewers at home 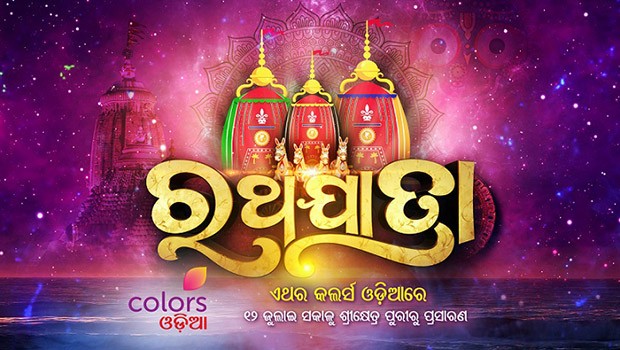 The historic Ratha Yatra of Lord Jagannath commenced on Monday in the pilgrim town of Puri without the usual sea of devotees and amid tight security in view of the Covid-19 pandemic. This year, Colors Odia from Viacom18 will telecast Ratha Yatra rituals.

Viewers shouldn’t be disheartened for not being able to see or touch their deity in Puri Badadanda because Colors Odia brings the same experience at home. One can sit at home and see the chariots, the procession, the garlanding of the idols, can hear the blowing of the conch shells and ringing of the bells. The various rituals are being aired from July 12, including the Ratha Yatra special, Bahuda Jatra on July 20, Suna Besha on July 21 and Niladri Bije on July 23.

Ratha Yatra is an important festival of Hindus that is organised every year at the famous Jagannatha temple in Puri, Odisha. It is one of the oldest ratha yatras in the world. On this day, the idols of Lord Jagannath and his siblings (Goddess Subhadra and Lord Balabhadra) are decorated and brought to cover a three-km-long journey (from Jagannath Temple to the Gundicha Temple) in chariots drawn by over hundreds of devotees, every year.

The significance of the Ratha Yatra is immense for a person, who longs for spiritual merit and final liberation. It is believed that anyone who pulls the rope linked to the chariots of the deities and helps others also in doing so or merely touches the rope or chariots, gets the merit of several penances. All the paraphernalia linked to the Lord Jagannath Ratha Yatra becomes one with the deity himself.

Colors Odia will air several rituals related to this— it started with Ratha Yatra on July 12, Bahuda Yatra on July 20 7 am onwards, Suna Besha on July 21 from 4 pm and Niladri Bije on  July 23 from 4 pm. Apart from that, favourite celebrities will also share their fond memories of Ratha Yatra.

This would be the second year in a row that the channel would be airing the Ratha Yatra for devotees sitting at home.