Ajay Rawal, Founding member, Condom Alliance and General Manager, Marketing, Raymond Consumer Care, writes how there is a need to review the restrictions as well as create content that is engaging, informative and yet away from unnecessary objectification or titillation 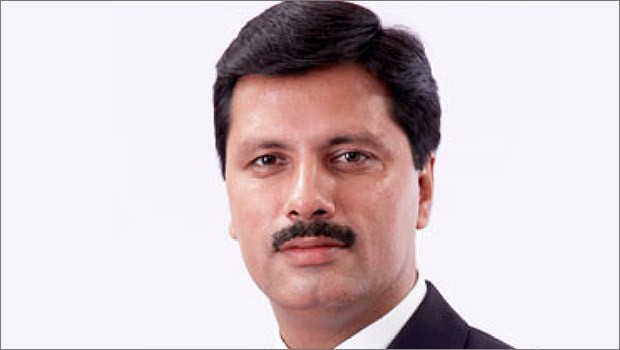 The past year has been a roller coaster for most businesses across sectors. The condom industry wasn’t insulated from the disruptions either, because of which it too witnessed a sharp decline, with condom sales falling 10-15% over April’20, as the month saw the lockdown extended for another 19 days.

The recently released Condomology report, by the Condom Alliance, indicated that condom sales dipped by 48% over the three-month lockdown period and projected a one-year decline of 35% in volume sales. While 2021 started with marginal recovery, the numbers still remain lower than the pre-Covid times. The road to recovery has been riddled with turbulent pockets across industries, but it has been a particularly daunting for the condom industry that has been struggling with a low CAGR of 2% for the past six years. As one of largest global populations within the reproductive age bracket, it is surprising to note that at $200 million, the Indian condom market accounts for just 2% of the global market in value. Based on the data from NFHS -4, 12.9% of currently married women have unmet need with regards to contraceptives. When one applies the Couple Years of Protection (CYP) for condoms, it projects a potential untapped market size of 4.1 billion pieces annually. With a general lack of awareness serving as a key concern contributing to the industry’s low growth rate, existing regulations, especially those with regards to broadcasting restrictions for condom advertising, further prolonged the industry recovery as well as overall growth

In December 2017, the Information and Broadcast (I&B) Ministry banned the broadcasting of condom advertisements from 6 am to 10 pm. The concern was the content of some advertisements that were steering down the path of objectification. While the intent might have been to compel brand to re-look and review the content of their advertisements, the regulation may have also ended up fuelling the existing social biases and taboo that surrounds sex as well as any conversations around safe sex or the use of contraceptives. Advertisements have the power to spark conversations, seed a progressive thought within the society and bring about actual social change. However, with condom advertisements relegated to the graveyard hours, there were fewer opportunities to initiate those important conversations around safe sex, contraceptives as well as the need to maintain sexual and reproductive health.

The absence of basic information, and the awkwardness that surrounds the topic, has led to the creation of various myths and misconceptions, translating to low condom adoption and usage, especially among the youth. From the fear of fumbling during the act; to the doubts about losing momentum or experiencing less pleasure; to the awkwardness of walking up to a chemist to request a condom — the youth are faced with a whole range of social and psychological barriers at every stage of using or buying a condom. Condom usage in India remains as low as 5.6%, based on the National Family Health Survey – 4 (NFHS – 4). However more surprising is the following statistic from NFHS -4, that 70% of male adolescents between the age of 15-19 and 78% of young male between the age of 20-24 did not use a contraceptive with their last sexual partner! This reflects the impact of years of social conditioning in the face of virtually no awareness for a critical health concern.

The same youth that is extremely comfortable exploring their sexuality and swiping right on tinder fail to speak out and seek guidance on safe sex and contraceptives, as they fear being judged. After all, a category that is only permitted to advertise during the late-night slot, cannot easily or smoothly intercept family room conversations. According to the Global Sex Survey: India, by Durex, the internet and friends serve as the key sources of education and information on sex. It further states that 36% of the youth look to pornography for information, leading to more misconceptions and unrealistic expectations.

The mass reach of television remains undisputed in India, even in this digital age. During the pandemic, the habit of television viewing only grew stronger with re-runs of various mythological shows ruling prime time and luring big ticket advertisers. While the digital formats continue to expand, television is also expected to continue to grow.

According to latest findings by television monitoring agency BARC (Broadcast Audience Research Council) India GECs (general entertainment channels) in Hindi, have increased to 16.6 million average of weekly AMAs (average minute audience) in 2020 from 15.8 million AMAs in 2018 among the 15-plus age group.

Hindi movie channels have increased from 9.4 million AMAs to 9.8 million. Regional languages such as Oriya, Bhojpuri and Assamese, witnessed growth of 14%, 19% and 16%, respectively, in two years. Thus, one cannot ignore the power of television advertising with respect to their reach and ability to bring about large-scale behaviour change in society.

However, the restrictions on broadcast timings don’t simply impede the intent of building awareness within society, but also make it commercially unviable for the industry players to create large-scale campaigns with the ability to create significant impact. The past few years have witnessed a significant decline in the advertising spends. The entire category’s advertising spends on television is a meagre 1.8% of the category size, which was valued at Rs 1,500 crore in 2020. There is also a need for industry players to be more mindful of the content shared in these advertisements.

While these restrictions have created barriers even during the pre-Covid times, they play a significant role in the industry’s resilience to bounce back and grow in the post-Covid era. As we deal with the economic and financial aftermath of the crisis, the new consumption basket for consumers across all economic strata, will see dominance of ‘necessary’ and ‘essential’ items. Without a proper mass medium to build awareness for the category and to highlight the need to use condoms, condoms might fail to see themselves in the consumption baskets of most youth.

Now more than ever there is an urgent need to review the broadcasting restrictions as well as create content that is engaging, informative and yet away from unnecessary objectification or titillation. A formal set of industry-agnostic guidelines could be a solution with regards to media content and these should be intently monitored and enforced by a public body created by or chosen by the government. These conversations are necessary and media plays a critical role in normalising these conversations. Taking the right steps in this direction would allow India to enjoy the benefits of being a young nation, while ensuring the sexual and reproductive health of its most vital resource – the youth, is well taken care of.