Why startups fail to extract long-term ROI from marketing campaigns

Fuelled with investors' cash, most startups end up burning crores for short-term gains. But in the mad race of scaling growth, they often miss long-term ROI from marketing. BestMediaInfo.com finds out why startups aren't able to extract the right ROI

Though, with its loud marketing efforts and ads, credit card bill payment platform Cred was able to catch the limelight, it had sparked off a debate on the value of startups that grow fast but have a hazy business model outlook. Many questioned why startups that tend to splurge on advertising do not spend much on creating relevant ads.

Experts say CredŌĆÖs app score came down after its ads, as nobody understood from them what the platform does for customers. While CredŌĆÖs loss in FY20 was 492%, and its projected operating revenues in FY21was over Rs100 crore, its marketing costs went up 9x.

So would it be right to assume that startups tend to go overboard in terms of marketing efforts and spends without any strategy as soon as they lay their hands on cash?

Gautam Surath, Managing Partner, Starcom, said due to the speed of the market at times, startups do not have time to craft communication that is likely to create demand. This is exactly why online investment platforms Upstox and Groww spent a lot during this Indian Premier League (IPL), where they were trying to convince people to invest in stocks through their apps via just simple communication. There was no focus on ┬ĀRTB (reason to believe) or why one should prefer these products over others, etc.

ŌĆ£It would be unfair to group all startups in one bucket of going overboard. The reason we are grouping all in one bucket is that we are not considering those startups which have launched on a much smaller scale. Some of them tend to spend heavily because in general their businesses do not work in the same way as traditional companies. The objective is not to show a profitable business but rather new user acquisition or business potential for the future,ŌĆØ he said.

ItŌĆÖs more of a need to find the fastest way to create a market for their product and this leads to leakage, he said.

Established players are more focused on sales and profit in the short term. They need to be more careful in the way they spend and thus the focus on ROI, he added. ItŌĆÖs all about effectiveness versus efficiency. And in the case of some of these startups, efficiency is not a major concern, he said. 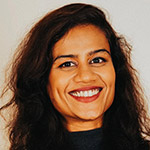 Aarti Samant, Founder, Sorted and Masala Tokri and Head of Content, Future Group, said there are two types of startups. First, those who want to grow steadily over the years, for example Zerodha. The second are those who want to capture the audience with aggressive distribution, like Cred. While both routes are valid, startups that want to scale up with aggressive distribution land up spending more than what is the need of the hour, Samat explained.

For instance, Jio chose an aggressive distribution route but what worked for it was the product experience, which instantly stood up to its promise. In the case of Cred, the users did not see much value with the product (app experience) and hence its heavy spends cannot be justified, she said.

Samant believes funded startups more often than not land up blowing funds while non-funded ones are cautious.

Marketing is an important function in creating a successful business and large spending needs to be done. But Shivam Dutta, Co-founder, AlmaBetter, agreed that many a time, startups go overboard in marketing spends as they feel the need to expand their customer base extremely rapidly.

ŌĆ£I would say that in the case of many second-time founders, where access to venture capital may be relatively easy, a larger customer base becomes key to large external funding and, hence, the focus can be more on marketing and acquiring more and more customers. I would not want to take names but in the past, several new businesses have been in deep trouble because of unnecessarily large spends on marketing efforts,ŌĆØ he said.

Less experience can definitely be one of the reasons why startups witness more spillage than established players, he said. Established players have specialised teams for each function and each team has its own set of experts who can make objective decisions. This is not the case with small and less experienced players. In some cases, thinking can be unidimensional where decision-making does not cover all bases, mainly because of a lack of relevant exposure.

However, it is true that each startup has a different objective and north star metric that theyŌĆÖre chasing. Sometimes companies also have a notion of acquiring market share before they become profitable. 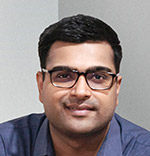 This, according to Sahil Deswal, Chief Marketing Officer, Augnito, often leads to cash burn with the hope of recouping these spends and considering it as an investment in customer acquisition. Many startups have over the last couple of years actually learned the hard way that this is not always true.

ŌĆ£ItŌĆÖs extremely important to find your product market fit and go after a targeted customer strategy versus a plain spray and pray strategy. Not all attention is good attention for the brand,ŌĆØ he said.

This again boils down to growing at crazy multipliers in a very short span of time. The fact of the matter is a startup needs to grow 10X faster than an established player to displace and disrupt them.

ŌĆ£The only caveat here is if your product is not growing organically and you are not seeing an increment in your virality coefficient, then you are probably too dependent on paid spends or short-term growth hacks for rapid scale. Paid marketing should be looked at as amplification and a catalyst really rather than a pure play growth strategy on its own,ŌĆØ he said.

Some startups by their nature will not be cautious of ad spends and that is the business model.

The minute they act cautious, funding might dry up, said Surath. He advised such brands to be more scientific in their spends.

ŌĆ£In marketing, we have very clear learnings on what works in areas such as reach-based planning, continuous advertising, category entry points, creating distinctive assets and they need to focus on investing time and money behind these basics more significantly,ŌĆØ he said.

Dutta advised start-ups to focus more on value creation and hence think of organic growth in the initial stages. Spend more on building a good team and get your ideas right! So, when you create something good and useful, people will automatically use it.

He suggested these brands should get POCed (proof of concept) by a large enough pool of users.

ŌĆ£If you can make your initial customer happy and satisfied, there is no reason a large mass won't accept and like your offering. Rapid expansion and achieving scale should only come after that initial stage,ŌĆØ he added.

Samant believes there is no hard and fast rule on setting a startup marketing budget, and the recommended way is to take a percentage of actual or projected gross revenue.

A lot of times, investors and stakeholder pressure dictate startups to grow faster than they actually can and this means the teams are under tremendous stress to deliver on unrealistic targets.

Deswal said this is a sure-shot recipe for disaster. He advised startups to get their product-market fit right before they start blitz scaling.

The other fundamental problem is not knowing and defining your target user well.

ŌĆ£Not speaking to the right customers means you have a leaky bucket where high acquisition and high churn go hand in hand. You donŌĆÖt want to eat French fries and run on a treadmill hoping to lose weight,ŌĆØ he said.

Tags: Why startups fail to extract long-term ROI
Advertisment
More from this section