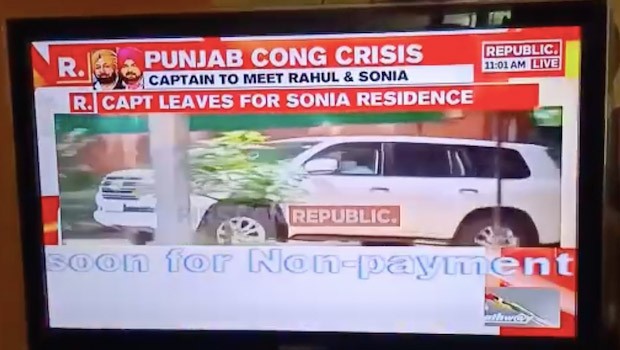 The Reliance-owned cable networks are running a scroll as per the regulatory guidelines. “Signal of this channel will be disconnected soon for non-payment of dues and non-signing of agreement by the broadcaster,” it reads.

Sources at both the cable networks confirmed the development with BestMediaInfo.com.

“According to the regulatory guidelines, the cable operators need to send a 21-day notice to any broadcaster before switching off any channel and it is a part of the process as the broadcaster has been defaulting on payments. We did as much handholding as possible with all the broadcasters after the pandemic hit the country but we had to take this step after the dues piled up beyond industry norms,” a source at one of the cable networks said.

Republic’s channels have been under fire from advertisers over the toxic news issue, followed by the alleged TRP scam case filed by Mumbai Police. Earlier this year in February, Arnab Goswami had threatened BestMediaInfo.com with a legal notice to stop publication of a report on brands pulling out ads from Republic.

According to industry sources, Republic has been having a tough time getting advertising volume and rates from media agencies, especially because of the absence of Arnab Goswami from the channels.

One source said the channel has seen its advertising revenue fall by over 30% in the last six months. BestmediaInfo.com could not independently verify these figures.