Varun Ramdas, Senior Associate, Koan Advisory Group, goes into details of the move to crack the whip on hate speech in India 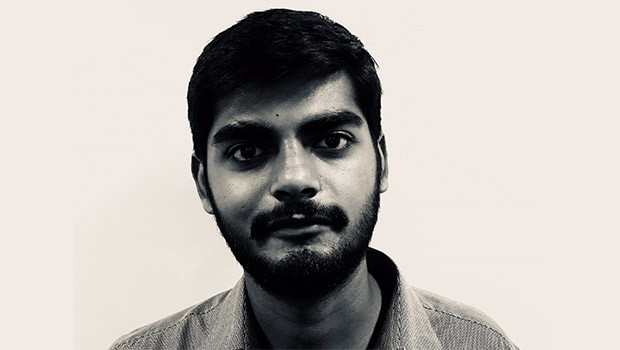 On May 4, 2020, The Ministry of Home Affairs (MHA) constituted a national-level committee to recommend criminal law reforms in India. Among other issues, the Committee will be looking into issues relating to “hate speech”. A number of people have been accused of making hate speeches, yet very little is understood about what actually is hate speech. In the recent Delhi riot case, the police made selective arrests of people held responsible for making hate speeches. Given the dire consequences of “hate speech”, Facebook updated its hate speech policy recently. In the light of these events, a clear understanding of hate speech is urgently needed. The Committee’s action is timely and once it submits its recommendations, the MHA may implement them by making changes to the India Penal Code (IPC). Reports suggest that the Committee may propose a separate section on “offences relating to speech and expression”. A fundamental objective of the panel is to streamline the offence of ‘hate speech’. However, there are two concerns with this process.

Laws relating to speech and expression are not implemented consistently

First, multiple legislations already restrict speech if it is abusive or has the potential to incite violence. These suffer from a range of issues, mainly the lack of consistent enforcement. Take the case of restrictions for television. Section 5 of the Cable Television (Networks) Act, 1995 prohibits transmission of content that violates the Programme Code. Rule 6 of the Cable Television (Networks) Rules prohibits the broadcasting of content that attacks religious communities or promotes communal attitudes. It also prohibits the airing of content that may incite violence or could disrupt law and order under sub-clause. However, the flaw in implementing these provisions stood exposed last year. In September 2020, Sudarshan TV News was allowed to air an inflammatory programme that showed how Muslims were ‘infiltrating’ the civil services in India. Initially, the Ministry of Information and Broadcasting (MIB) did not take any action on the grounds that it didn’t pre-censor content. Later, after the issue reached the Supreme Court, the Ministry said that the show did violate the Programme Code.

In 2005, the MIB ordered State governments to set up District and State-level Committees to monitor content on television channels for Programme Code violations. Unfortunately, until 2017, only 19 States, five Union Territories and 327 districts had made such committees. There is no other information on these bodies and how they are enforcing the Programme Code. Ideally, the content on Sudarshan TV should have been flagged by a Monitoring Committee, instead of the Supreme Court taking cognisance of the matter.

Another example of questionable implementation of speech laws is 66A of the Information Technology Act. Section 66A covered speech that could cause annoyance, inconvenience, danger, obstruction, insult, injury, criminal intimidation, or ill-will. In 2015, the Supreme Court struck down the provision in Shreya Singhal v. Union of India for being vague and overbroad. A Working Paper by the Internet Freedom Foundation found that the police were still using Section 66A in 2019 in cases that involved incitement of communal hatred.

Procedural issues and a short timeframe

The second issue with the Criminal Reforms Committee is the hurried and opaque manner in which it was constituted. Former judges, advocates and academics had flagged the lack of transparency and diversity at an early stage. There was no publicly available information on the terms of reference or the timeframe set by the MHA. Another concern was that the MHA saddled the Reforms Committee to fulfil an ambitious mandate within a short time-frame of six months – insufficient to recommend any meaningful policy or legal changes to criminal laws in India. This applies in cases of hate speech as well. The objective of constituting a Reforms Committee is meant to enhance public trust in the changes being proposed. But the Committee’s process fails to do this for the aforementioned reasons.

Reports suggest that the Committee for Reforms is considering the addition of Section 153C and 505A to the IPC, as recommended by the 267th Law Commission Report which proposed a Criminal Law (Amendment Bill), 2017. However, it is unclear if the Committee has deliberated or consulted on the enforcement challenges we have mentioned above and sought meaningful policy-level suggestions. Its questionnaires for consultation do not address the issue of uniform enforcement of speech and expression-related offences.

The focus of the Committee was on making changes to the language of criminal law provisions and adding new provisions, but there are already plenty of provisions related to speech and expression. The need is to evolve detailed standards on when existing provisions may be invoked, how to frame charges in these cases, and update these cases based on relevant developments in law. Last-mile enforcement should be uniform and based on a policy document that informs enforcement bodies about how to process cases related to speech and expression, without infringing on the fundamental rights of citizens.