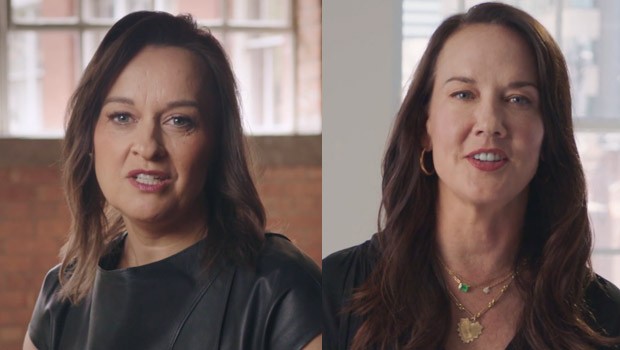 Frito-Lay and Goodby Silverstein & Partners have endured a decade-plus relationship and marked several firsts for the industry.

Speaking about their strategy, Ferdinando said innovation is critical to what they do with brands at Frito-Lay.

"The Gen Z, millennials and even the consumers that our brands focus on live on more innovative platforms. They are digital natives and are early adopters. So we have to evolve and innovate to continue to keep pace with that change,” she said.

“As a creative person, I live for doing things that have never been done before. It's such an adrenaline rush. It gives you credibility in the category and establishes you as a leader. There's the like-mindedness between the client Frito-Lay and the agency. We all want to create culture and not just follow,” said Johnson.

Speaking about their campaign for SuperBowl, Johnson said their assignment was to create a 60-second spot featuring a new product, Doritos Blaze and Mountain Dew Ice.

They took inspiration from something that was already happening on social media with the Spitfire challenge, where people were uploading videos, lip-syncing lyrics of rapper Busta Rhymes.

The agency came up with the spitfire battle between Hollywood stars Morgan Freeman and Peter Dinklage.

They generated a Snapchat lens where people could pick a fire or the ice side and battle with their friends.

Johnson said this resulted in user-generated content for 80 days straight.

Based on the insight that Gen-Z does not like branding, Doritos launched an ad campaign that features no logo or brand name. “When you're dealing with a generation like Gen Z, who is about self-expression, and 82% are skipping ads, a traditional ad is not the way to go and that's what led to brandlessness, which was the anti-ad, Ferdinando said.

In another campaign for the SuperBowl, the brand launched the Tostitos Party Safe Bag. Explaining the thought behind it, she said SuperBowl Sunday happens to be the biggest drinking day in the US and the most dangerous day to be behind the wheel. The high-tech bag detected alcohol on your breath and would upload an Uber code for you to get a safe ride. Johnson said 30,000 safe rides were given on that day.

The brand came up with limited-edition bags for Stacy's Pita Chips to honour women during women's history month using the illustrations from the actual women's march in Washington DC.

“We partnered with Snapchat to create these custom snap pics that when scanned, used geo-targeting to identify your congressional representative and let you call just by snapping back. It was an instantaneous way for your voice to be heard and created the first bag of chips to ever call Congress,” explained Johnson.

They came up with Doritos Rainbows when the debate over gay marriage was all over the press. “We had so much success with Doritos Rainbows that it gave the client confidence to express their POV on more provocative issues. My advice for selling and provocative ideas such as Doritos Rainbows or ‘Stacy stands with you’ is just to be relentless in your pursuit of ideas that sit outside of advertising and have a major impact. Those are the projects that you'll remember working on and really make a difference,” she stated.

Speaking about innovation and how it has helped Frito-Lay, Ferdinando said iconic brands need to stay true to their purpose for they need to constantly evolve and be in a state of reinvention.

“Innovation is scary, but the risk is worth the reward. If we look at what this has delivered, we've had some of the most successful years we've had in a decade. Frito-Lay is the number one innovation contributed to the salty snack category. There's a stat for you that shows that innovation works. We've had the biggest integration of brands such as Doritos biggest sales years in the decade and raffle penetration, just incredible momentum because we chose to innovate and create in a way like never before.”