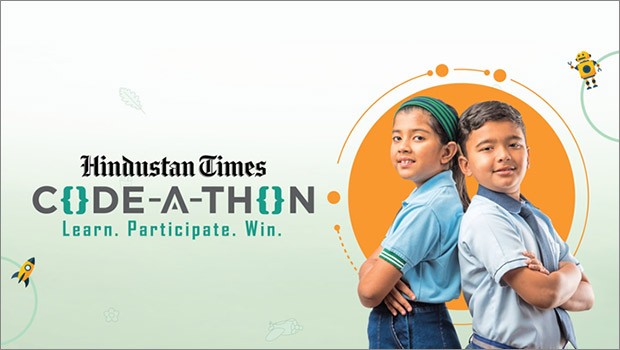 Hosted by the International News Media Association (INMA), The 2021 Global Media Awards garnered 644 entries from 212 news media brands in 37 countries. Out of the 212 brands, 11 companies won multiple first-place awards, with Hindustan Times being the only Indian brand to bring multiple first-place awards home, with two Golds, one Bronze, an honourable mention and the ’Best in South Asia’ award going to Hindustan Times Code-a-thon.

What is HT Code-a-thon, and what exactly led to the unmatched global recognition it received?

With close to 61,000 registrations across 6,000 schools in India, the first edition of HT Code-a-thon, powered by the Government of NCT of Delhi, presented by Cuemath, and with IBM as the coding for cause partner, is one of India’s largest coding initiatives.

Hindustan Times Code-a-thon was an initiative imagined and executed end-to-end in the middle of the pandemic to build the next generation of coders, through a virtual platform. While India has no dearth of coders, coding for kids is still novel and nascent, although that is the age where the skills necessary for coding such as problem-solving & logical thinking need to be developed. Through HT Code-a-thon, Hindustan Times; along with the Government of NCT of Delhi, Cuemath and IBM, set out to solve this problem. The founding team earned encouraging reviews early on, in a pilot outreach to principals & teachers in 200 schools via webinars, where 73% found it relevant and 93% said they would recommend this program to their students.

The all-new HT Code-a-thon platform was conceptualised and built with the insights from this rigorous research exercise. The execution of the programme was entirely digital via a dedicated learning website, www.htcodethaon.com, which enabled immersive learning for students and helped them prepare for the qualifiers and finale. Product solutions were created by plugging insights from the extensive research group while creating high-impact avenues for the sponsors across the user journey (print, digital, video and social). This offering brought a paradigm shift in how media was packaged together for sponsors while creating a platform that could bring affordable learning modules on coding to our end users, i.e. the students, resulting in a cumulative media cover of more than Rs 10 crore ($1.5 million.) for the sponsors.

The user journey was designed to be straightforward, students had to simply register on the platform and learn coding through the extensive repository of videos across HTML, CSS, Python, participate in quizzes and qualifiers and finally appear for the finale and win grand prizes. In addition to coding, students were inspired via multiple events such as the live stream of HT Code-a-thon grand launch with Deputy Chief Minister of Delhi, Manish Sisodia, a webinar with a renowned scientist from CERN, Geneva for all the HT Code-a-thon participants and a grand virtual Finale event for winners’ announcement with representation from all sponsors.

Delhi government has been focused on improving the problem-solving skills of students via coding, and the partnership with HT Code-a-thon was a recent initiative in this direction. Arvind Kejriwal, Chief Minister, Government of NCT of Delhi applauded the Code-a-thon initiative. “Being a trained engineer from the IIT, I have always realized the importance of technology and the scientific minds and methods. Childhood and school education are the most important parts of any person’s life. Just the way charity begins at home, the basic learning of even the most complex subjects should begin from the very childhood. The Delhi government’s initiative of teaching coding to the children will not only open a new door of their learning but also create an example in front of the world that the government schools can also dream big and make it happen,” he said.

Manish Sisodia, Deputy Chief Minister and Education Minister, Government of NCT of Delhi, mentioned, “Proud of Delhi Government school students for excelling in coding. 28 of them have secured position among the 100 finalists of HT Code-a-thon. Congratulations to students and their teachers for setting another milestone.”

Highlighting IBM STEM for Girl’s mission, Manoj Balachandran, Head - CSR, IBM India and South Asia, said, “IBM STEM for Girls is a key initiative to bring the focus of young students towards technical education and drive digital literacy. Our collaboration with Hindustan Times is a testimony to our commitment and the program has given our students a definite edge and enabled them to unlock their creative potential.”

Manan Khurma, CEO and Co-founder, Cuemath, said, “Our endeavour is to help bring Math and Coding at the forefront of public policy and thought. We at Cuemath strongly believe in the power of Math and Coding as essential skills and our aim through association with HT Codeathon is to help nurture the right environment and mindset around algorithmic thinking and logic among children.”

Lauding the contribution of the partners, Samudra Bhattacharya, CEO, Print, HT Media, said, “I would like to thank all our partners for believing in HT Code-a-thon and furthering the cause of introducing coding to kids from an early age; and INMA for the hearty recognition of the cause. It was because of the unwavering support of our partners, the Delhi Government, IBM and Cuemath that we were able to scale the program to more than 60,000 children, who are now on the path to become champion coders. We are very excited for the next edition of HT Code-a-thon and have been working on improving the platform to make it more engaging for the children and the association, more meaningful for our partners.”

Puja Sharma, Business Head, HT School, elaborates on HT Media's plan for the next edition of Code-a-thon, "The success of HT Code-a-thon is just the beginning of a very exciting journey we have embarked on, with our latest launch in the education sector, HT School. Today, parents are seeking platforms that can impart skills ranging from music, dance, sports, creativity, coding alongside school education. HT School is a platform to fill this gap, it's a tech-powered omnichannel and event led platform with a bouquet of products that address the needs of students, parents and educators and provides multiple avenues for the holistic development of students. Using the platform, we are planning to take HT Code-a-thon to new heights in the coming edition, scheduled from Aug'2021 onwards"

Since the launch of this program, Hindustan Times has solidified its presence in the school networks even more despite the Covid-19 pandemic with increased engagement opportunities and program extensions in the foray.

In addition to the awards won by HT Code-a-thon, Hindustan Times also won an honourable mention for Best Public Relations/ Community Service Campaign for “HT- Spearheading the Fight Against Covid-19” campaign and Best Use of Audio for “HT Smartcast - from News to Entertainment to everything in between.”