Experts believe the Ronaldo incident had impacted not just Coca-Cola alone but the entire category of carbonated beverages, especially colas. They also foresee Coca-Cola doing some serious thinking about how to re-invent the brand for the future 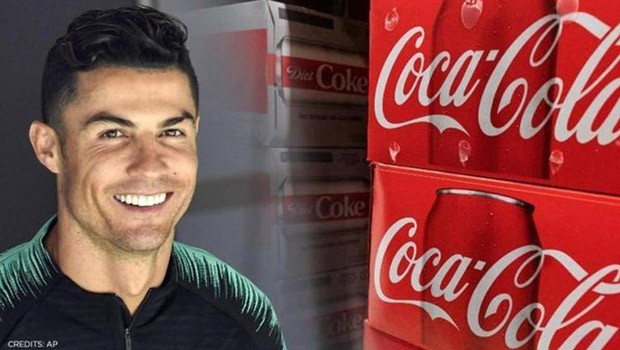 Even though recent global reports claim the downward trend of the Coca-Cola stock began even before ace footballer Cristiano Ronaldo's public disapproval of the cola beverage, experts agree the incident certainly had an adverse impact on the overall brand image.

Some believe Ronaldo’s public snub signifies a different kind of threat to the once cosy commercial balance of power between stars and brands.

The Ronaldo-Coca-Cola incident highlights an issue that is, by no means, new. That a cola is not a healthy option is something even kids are well aware of today. But when a Football God with 550 million social media followers underlines the issue, it is bound to make headlines globally, especially when it is a story of a megastar seemingly taking on a mega brand, Nirmalya Sen, Founder and CEO at The Rethink Company, said.

“That the decline in Coca-Cola’s share price had already occurred before Ronaldo famously moved their bottles aside or that the healthier option he advocated was also a Coke brand was lost in the narrative. However, all things considered, given the issue is not a new one, the impact of the incident on brand Coca-Cola is likely to be small and fleeting,” he said. Nisha Sampath, Managing Partner in the Bright Angles Consulting, said this incident had an impact not just on Coca-Cola alone but on the entire category of carbonated beverages, especially colas. The fact that it was a Coke bottle was incidental.

“I think it has come as a wake-up call to brands in this space that they need to be more sensitive in their promotions and associations with sports. Also that they need to rethink their future. The Ronaldo incident acted as a flashpoint that suddenly brought the vulnerability of the entire category into perspective,” she said.

It’s not that this incident alone has tarnished the image of the brand, she said, adding it is a cumulative impact of many trends in culture that have been developing for some time.

For example, the movement towards healthy eating, the obesity epidemic and the growth of lifestyle diseases, were already pointing towards this direction. School canteens have started banning junk foods and colas, and even MNCs like Google are trying to point employees to healthier options.

Harish Bijoor, Brand-Strategy Specialist and Founder, Harish Bijoor Consults, too believes that the brand Coca-Cola has been impacted. Over the last week, millions of replays, memes and more have captured the imagination of the consumer world. A certain negative stroke has stuck on to the brand. A stroke that needs to be exorcised.

However, Samit Sinha, Managing Partner, Alchemist Brand Consulting, said that at worst, the Ronaldo incident’s impact on the Coke brand image would be the equivalent of a minor bump in the road with no serious impact on the brand’s image.

“I’m saying this because the Coca-Cola brand heritage goes back several decades and even today remains one of the strongest global brands ever built. So the brand has enough resilience to be able to easily tide over this embarrassing incident,” he said.

S Yesudas, Co-founder, Y&A Transformation, too believes the brand has been carefully built over many years through its various associations, acts and advertising. So, to say that this will create any significant dent in the image will not be right. By this logic it will also be fair to assume that there will be a group of brand fans who will even empathise with them, he said.

“But what this could do, coupled with the pandemic impact and conversations around immunity, at least for some, is accelerate the process of reduction in consumption. This is cyclical, particularly for a product of this nature. The company is not blind to it either. Aqua, which Ronaldo asked for, zero sugar fruit juices, coffee are all in line with creating alternatives as consumer preferences change. Since they have successfully managed to create food occasions for the fizzy drink’s consumption, the product going out of shelves is nowhere a reality in the foreseeable future,” he said.

What the brand should do to negate the impact

While the brand can think about some cheeky or defensive stuff, Yesudas said they should take it head-on and do a campaign thanking Ronaldo for accentuating their resolve to keep bettering their products and thanking millions of consumers for their continued trust in them.

However, Sinha said there is nothing the brand needs to do at the moment, except wait for the incident to be forgotten, which is just a matter of time.

In the meantime, although, he said they should avoid any visible association with Cristiano Ronaldo and for the future seriously re-examine the wisdom of using sports celebrities – especially athletes – as brand endorsers due to the increasing and widespread perceived incongruity of the association.

“Their choice of future celebrity endorsers should be from the world of arts, fashion and entertainment etc., rather than from the sports arena. If sports celebrities are to be used at all, they should be from the physically undemanding type of sports,” he said.

While Coca-Cola does not need to do anything in the short term, Sampath said in the social media era, incidents like this blow up very quickly but also die down quickly when a new controversy arises.

But in the long term, she foresees brand custodians to do some serious thinking about how to re-invent the brand for the future.

Beyond a point, one cannot prop up a category like colas, which is dipping in public perception, purely through communication and imagery. It may work in the short term, but it won't serve in the long term. And one will need the support of new product lines to bolster and re-invent the brand, she said.

For instance, ITC has made a transition from being a tobacco business to a trusted and popular food brand, which has healthy options.

Perhaps, she said, Coke will think of a future along these lines, as a more diversified entity.

Coca-Cola, according to Sen, should not do anything in response to this incident beyond what they have already done. Which is to say, ‘everyone is entitled to their drink preferences’. Beyond this incident, the brand should continue to do exactly what it has been doing over the last few years.

“Addition of healthier options to their portfolio, which would leave the choice to pick a cola or a healthier alternative with the brand’s consumers,” he said.