As India’s cash-flushed start-ups aim for aggressive growth by rapidly expanding their consumer base, these young companies plan to spend big on advertising mediums, including digital, print and TV.

According to industry experts, the start-ups are likely to spend around 30% of their fresh funds raised on advertising-led customer acquisition. In the present year, more than 100 start-ups in different stages of growth have raised more than $3 billion from venture capitalists, among other sources.

The number of start-ups funded till May this year is 20% higher than the same period in 2020.

This year has been exciting as the funding raised by start-ups is beginning to pick up even though the Covid pandemic has been relentless. Inflection Point Ventures, which is one of India's largest angel networks, has already announced 17 deals in 2021. It aims to invest Rs 155 crore across 60 plus start-ups this year. 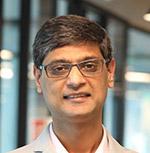 Vinay Bansal, Founder CEO, IPV, estimated that 30-50% of the funds raised by its start-ups would be spent on marketing and customer acquisition.

“As more start-ups raise funds, we are beginning to notice an interesting trend. As far as fund deployment plans are concerned, one of the key buckets is ad spends. There is an increasing focus on dedicating a certain budget towards digital and social media marketing as it is quite result-driven, not as costly as ATL, OOH and other traditional marketing initiatives. With the number of start-ups funded in 2021 being 20% higher than 2020, we can expect digital marketing growth of 30 to 40% in terms of their contribution to adex,” he said.

Most start-ups are digitally native and so are their customers. This ever-increasing digital consumption on both ends is driving more dollars in the marketing spend of early and growth stage start-ups.

He said, “Early stage start-ups use digital mediums for marketing and out of the funds that they raise, they spend 30-50% in marketing and customer acquisition. We expect this to grow by 30% every year.”

Country Delight, which has a $55 million-$60 million annual revenue run rate at present, has been print advertisers for the last two-three years. TV is a medium that it has started more aggressively and gone a little higher on ATL because of the larger geographical coverage to allocate a good consumer reach. 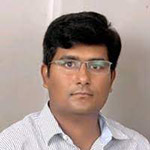 Chakradhar Gade, Co-founder, Country Delight, said, “When we do a TVC campaign, it is a little expensive. We typically look at 8-10% of the revenue on advertising spends. Currently 60% is skewed towards digital and then we have traditional mediums such as print and TV. We have internal referral programs and internal loyalty programs.”

The Gurugram-based milk delivery start-up had raised $25 mn in a Series C round led by Elevation Capital, last year. Though it had cut the spends down quite a bit during the pandemic but it did not stop completely. As it plans to bring it back to normal in the next couple of months, it already has started increasing the spends.

However, for many, OOH is yet to catch the attention.

Gade said right now OOH isn’t medium for its preference because of its understanding of consumers' consumption patterns.

“OOH is not a very attractive medium at the moment. We keep trying radio once a quarter but that might change in the next few months,” he added.

Karan Singh, Founder, Ikooji (kids’ furniture start-up), said while the funding could have been better this year, marketing spends cannot be fixed. It plans to spend between 10-15 % of its funds on advertising. 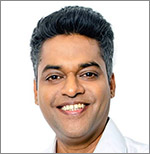 Presently present on the digital medium, SkinKraft intends to go all out across mediums, including OOH, TV, print, radio in another six months, said Chaitanya Nallan, CEO and Co-founder of SkinKraft.

Tags: fundraise on advertising-led customer acquisition
More from this section