Alternative view: Print is not going anywhere yet

Contrary to what some people may like to believe, the print media still holds relevance among the masses as a source of credible information and it is in the interest of us all for the industry to stay afloat 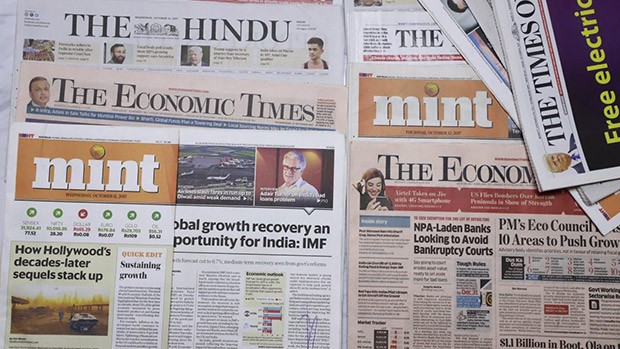 My day starts with reading the newspaper. Yes I am old school, maybe because I started my career with a daily newspaper. Whenever I see headlines that suggest ‘Is print going to die?’ it really pains me.

The newspaper still holds relevance among the common people as there is a different trust factor. They still believe if something is in print, it is authentic; it can’t be fake — unlike on social media, which still lacks that trust factor.

There is a reason behind this. Newspapers don’t have to run after daily TRPs, they are not in the daily competition to be the first ones to announce any breaking news at breakneck speed. They get enough time to cross-check facts. I can say this as I have seen for years how things are on the ground. Editors have to be extra careful, because once it’s gone for print, it’s gone; it can’t change. A mistake ends with an apology the next day. On very rare occasions, emergency calls are made and changes are done at the press on the last few copies left to be printed.

In 2020, when Covid started spreading, it took a toll on the circulation of newspapers as people had initial doubts about newspapers being possible carriers of the virus. But thankfully, PDFs of English and regional language newspapers were circulated at that time. There was so much of fake news doing rounds on social media that people just wanted to be sure about the real truth and were looking for an authentic source. In those crucial hours, those newspapers PDFs gave a sense of relief.

After the lockdowns were over, newspapers were slowly back on track— even during the second wave — as people were no more scared to hold their favourite newspaper with their morning cuppa. The pleasant sound of newspapers dropping at doorsteps every morning was back again.

Magazines are also a pillar of the print media. I know many Bengali women who wait for Durga Puja special annual issues from Anandabazar Patrika and other media houses. Similarly Nobo Kollol, Desh, Anandolok have a huge readership. Malayala Manorama magazine in Kerala has an unbeatable fan base. A lot of other women-centric magazines such as Femina, Elle, Sakhi, Sananda are very popular among women and widely circulated, and revenue-earners too. These magazines create a different world for women, especially for homemakers, away from their mundane routine.

English magazines too have their own popularity. I remember during my initial days as a journalist, I used to buy two national magazines, alternately, to learn the art of feature writing. When I got the opportunity to work with a Northeast-focused magazine, I realised it was quite popular in metros such as Delhi and Mumbai too when I attended press meets and events. Magazines such as India Today, Outlook, The Week and Frontline are big names in the urban areas. Fresh names have been added over the years.

The masses are still in love with newspapers. Once when my car was sent for servicing, I took an auto-rickshaw to pick my son from school. The auto stand is just outside our campus gate. I saw most of the auto drivers reading newspapers while waiting for their turn for passengers. On the way to school, my auto driver told me how by reading newspapers he gets to know what is happening everywhere —it helps to kill time too. He leaves no page unread.

When we have to travel, we book a taxi from a nearby travel agency. There is one particular driver who is quite interesting. When he comes to pick us, we are happy because he talks so much that we don’t have to worry about our one-and-half-hour journey to the airport. Once I went to Mumbai alone, we asked him to drop and pick me from the airport. When I returned, we were stuck in jam and it took me nearly three hours to reach home. But I was not bored, all thanks to him. He spoke to me on a variety of topics, and he spoke logic. He had an opinion of his own. When I asked him about his education, he said he didn’t get the opportunity to study much, but he reads newspapers a lot. I asked him why newspaper when nowadays one gets everything on the phone, he answered the newspaper has a different charm. He said it’s easy on the eyes too. Reading something for long on the mobile causes burning and itching in the eyes.

In fact if we check facts and figures, we will find that newspapers still have huge circulation. The more if we go into the rural belts, regional newspaper circulation is hard to beat. The purpose of newspapers is not just to circulate news but to earn revenue too. If circulation is robust, then they will automatically get ads. In such a scenario, why would media houses down their shutters?

Newspaper is mass media and is definitely still attracting the masses and leaders alike. Even today during Parliament and Assembly discussions, members wave copies of newspapers to prove their point and not mobile phones. So the newspaper is not going anywhere soon. It’s here to stay, and that’s good news for a newspaper reader like me.

Tags: Print is not going anywhere yet
Advertisment
More from this section