As the country struggles to cope with the surging Covid-19 cases, industry experts explain how the ad industry failed to push its limits in terms of creating enough sustained campaigns to provoke a positive behavioural change in people 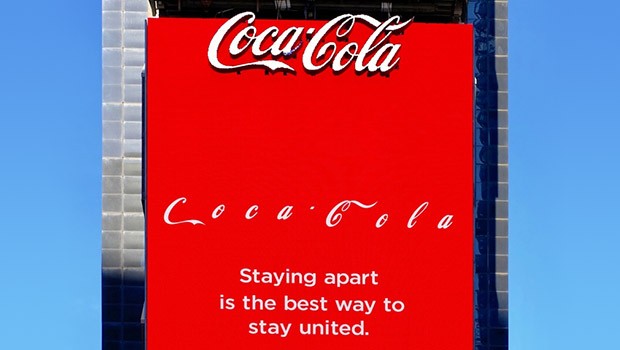 When Covid-19 struck early last year, we saw some well-meaning brand campaigns around the pandemic. Companies such as Lifebuoy, Asian Paints, Ariel, Parle-G, Uber and several others did a good job of initiating a conversation around health and hygiene, sanitisation and social distancing. But none of the campaigns, which were mostly done in a tactical fashion and not from a long-term perspective, lasted for too long.

While the country battles another around of health emergency, a few ad industry experts, including Anant Rangaswami, Editor of MELT, share how the biggest indictment of the failure of the marketing and advertising industry in India is that there has been no sustained campaign to provoke a positive habit change in the behaviour of people in the context of the pandemic.

The biggest indictment of the failure of the marketing and advertising industries in India is that there has been no sustained campaign to provoke positive habit change in citizens’ behaviour in the context of the pandemic.
Sad.

BesMediaInfo.com spoke to a few experts and brand consultants to understand how the onus also lies on the advertising industry and what role brand communication can play at a time when the government’s efforts to convince people to take precautions amid the pandemic have failed to elicit a favourable response.

Irrespective of some ‘nice’ campaigns created by brands, Shradha Agarwal, COO and Strategy Head, Grapes Digital, said most of the companies did not push their limits in terms of creating enough initiatives on the same lines for a longer period.

Brands took it as a moral obligation and launched campaigns around safety and hygiene when the pandemic struck, but when the cases started falling, they instantly jumped onto other ideas, she said.

“If we see, campaigns around coronavirus were launched from April to June but brands steadily switched to different themes such as Make in India, work from home and IPL. We have seen instances of brands claiming immunity benefits from their products. Some brands misled people to make a quick buck out of the situation. During such times, the need of the hour was to educate consumers instead of exploiting their fears to sell old wine in a new bottle. When companies pledge to put the interest and health of their customers first, this tenet is even more vital in times of crisis. It is the consumers who allow a business to grow and flourish and they deserve better than misleading claims – especially when they have to do with health and well-being,” she said.

No one really anticipated the devastating impact of the current wave of the pandemic. So while businesses and brands can take part of the blame, the reality is that every segment of society — national and state leaders, businesses and the common people — started believing earlier this year that the worst of Covid was behind us and things would only get better with the rollout of the vaccine.

When Covid first broke in early 2020, many brands were quick to roll out campaigns encouraging people to mask up, sanitise hands and maintain social distancing. However, Lloyd Mathias, Investor, Business Strategist and former marketing head of HP Asia, said these were largely tactical in nature and only few focused on the larger issue of making personal hygiene and building immunity an integral part of our lives. The opportunity to build care and concern for their consumers’ long-term health and safety, as part of their brand proposition, was also missed.

“The fact that the virus was still lurking—which meant no lowering of guard—should have been a cue for brands to build long-term propositions around staying cautious and raising immunity. In fact, industry bodies could have driven this messaging but clearly missed out. After the festive season, many businesses moved back to their core themes,” Mathias said. Sandeep Goyal, Chairman, Mogaé Media, said, “I think all these have been half-measures. Brands thought of it mostly as a tactical communication. Had it been strategic, it would have been deeper and harder-hitting. The pandemic needed communication that was transformative and habit-changing. No brand created anything that could go that far. So shallow creatives, half-hearted media spends and tokenism defeated the whole exercise.”

Changing attitude is a long journey and not a short dalliance. And current sets of advertising, good as they are, are not strategic, said Harish Bijoor, Brand Guru & Founder, Harish Bijoor Consults.

“They are mere tactical executions which plant a thought and scoot. What we need is a sustained brand-DNA linked strategy that commits to do it all the time as part of the big idea and this might take years, years well spent,” he said.

However, Monaz Todywalla, CEO, PHD India, said it would be unfair to say that brands did not do their bit to raise awareness about the pandemic, internally or externally, to the best of their capacities.

She believes we have matured as a society and while brands have done their bit and continue to do so, it is unfair to state that because people have had lapse of judgement, the value of brand communication has dropped.

“We live in a hyperlinked world, where people hear, believe other messages from other stakeholders such as media, government, friends and family and experts, where the messaging is continuously evolving, especially in a pandemic. Delivering on socially led purposes goes beyond announcement campaigns and to create a real behaviour change, consistency of messaging across stakeholders (including brands) is more important than random plugins,” she said.

“I think the big shift that’s happening is that consumers want to see brands move from activism to action. And brands that are walking the talk on action are seeing the biggest gains. Most forward thinking marketers understand that cause or social marketing is a continuous dialogue with consumers that sees change. Brands that walk the talk don’t wait for a catalytic development to propel them. Companies that have been sensitive to social causes have come to the fore as champions during the pandemic, no doubt. They have been able to align messaging with consumer mindset and guide behaviours with contextual cues. But just like any other regular campaign, conversion to buying, and in this case, change of behaviour, is not an overnight phenomenon. The decision creeps in slowly and while influenced by external sources, the final plunge still remains with the consumer due to multiple factors, be it beliefs, superstitions, doubts, convenience, accessibility, affordability or fear,” she added.

Unprecedented times like these give brands a bigger responsibility towards society to initiate conversations around what is happening. Such campaigns definitely make a person ponder about it and brands should adopt a policy of honesty and transparency.

Agarwal said this is the time when brands should do their bit and make consumers aware about the dangerous consequences if we don’t take the virus seriously.

Experts feel the industry can still rise and help as we are far from tackling this crisis.