Sangai talks about his journey in the world of advertising, his experience of working on campaigns that have won awards and his wish to work at Wieden and Kennedy, New York, someday 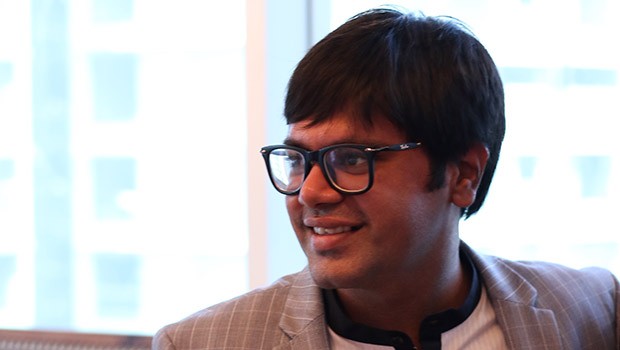 After completing his BMS degree from Mithibai College in Mumbai, Chirag Sangai started his advertising career at Percept / H as an intern, where he worked on brands such as Pantaloons, Yardley and SBI Mutual Fund. He later completed his MBA and joined a start-up agency, FusionNXT, where he handled brands such as Mahindra and Religare.

Sangai then joined Blink Digital, where he headed the client servicing and business development team and worked on some award-winning campaigns for brands such as Dream11’s YeGameHaiMahaan campaign and multiple ads for fast-food chain KFC.

Today, Sangai is the Head of Client Partnerships at White Rivers Media and looking after 15 brands and a team of 30.

Speaking about his experience with White Rivers Media, Sangai said the company strongly believes in creativity and culture equally, which makes it different from all other agencies or organisations. “I was a lockdown joinee and it's been more than nine months here, and the processes and people here have made working extremely smooth. The fact that the agency has all sections of advertising such as content creation, production, influencer management, media in-house, make it easy to think of campaigns and execute them.”

Asked about some memorable campaigns of which he had been a part, he said they recently got a brief from Times Network for Diwali, where they thought of the idea and played the sound of cough and crackers to promote the non-usage of fireworks during Covid times. He said they thought about the idea in five minutes and it was approved by the client in a day. The campaign won awards for them.

“I have been part of some amazing teams that have delivered some amazing campaigns. However, business development is something that equally attracts me, and converting brands such as Dream11, AWS, Zomato, etc., have been some of my biggest achievements. I actively write copy for Dream11's moment marketing which, again, won us an award recently,” Sangai said.

He said maintaining relationships with clients, teams and vendors are his strengths and skills that helped him the most. Retaining all his clients and team has been his biggest achievement. He said that the best thing about his profession is the ability to work for multiple brands of different industries and work with people of all age groups and mindsets.

If not into advertising, he said he would have been a stockbroker and wished he would like to work at Wieden and Kennedy, New York, someday.