New IT Rules come into force, many social media and OTT platforms yet to comply

The newly notified IT (Intermediary Guidelines and Digital Media Ethics Code) Rules, 2021, which are applicable for digital news, social media, and OTT platforms, came into effect on Tuesday. The rules mandate the establishment of a three-tier grievance redressal mechanism among other directives 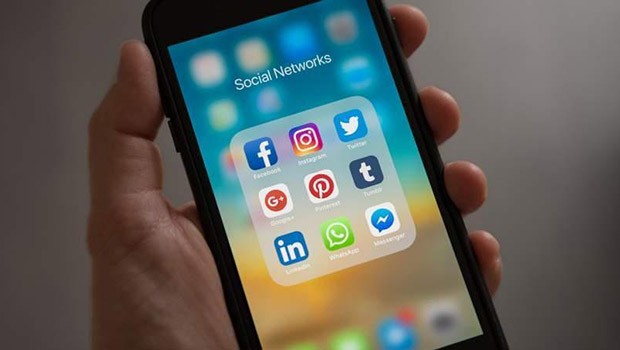 The newly notified IT (Intermediary Guidelines and Digital Media Ethics Code) Rules, 2021, which are applicable for digital news, social media and OTT platforms, came into effect on Tuesday.

Many of these platforms, however, are yet to comply with the new guidelines that mandate the establishment of a grievance redressal mechanism among other directives.

Facebook, in a statement, said they are working towards fulfilling the rules. However, the company that owns WhatsApp and Instagram did not mention when they would be fully compliant.

"We aim to comply with the provisions of the IT rules and continue to discuss a few of the issues which need more engagement with the government. Pursuant to the IT Rules, we are working to implement operational processes and improve efficiencies. Facebook remains committed to people’s ability to freely and safely express themselves on our platform,” said a Facebook spokesperson.

Responding to the Centre's new digital rules, Google in its statement cited its "long history" of managing content according to local laws to assure the Indian government of its continuing efforts to ensure legal compliance.

"We respect India's legislative process and have a long history of responding to government requests to remove content where the content violates the local law or our product policies. We have consistently invested in significant product changes, resources, and personnel to ensure that we're combating illegal content in an effective and fair way, and in order to comply with local laws in the jurisdictions that we operate in," a Google spokesperson said.

"We realise that our work in keeping our platforms secure is never done and we will continue to refine our existing approaches, and evolve our policies and be as transparent as possible about how we make decisions," the spokesperson said.

Meme Chat, a social networking app for memes, seemed to have seen a rise in their activity on Tuesday.

Taaran Chanana, MD and Co-Founder of Meme Chat, said, "The recent rumours of a possible ban on popular social media platforms have raised some concerns in key industries that rely on such apps for their messaging. In fact, social media has emerged as a critical vehicle for marketing across different sectors. The fear also comes from what happened with PUBG and TikTok in the past. The ban on these platforms meant a loss of user data and consumer reach. As a result, we are seeing a dramatic spike in user activity on MemeChat. Where the average usage is 60-70 thousand memes a day, we have already crossed the 100K mark and expect to record double our typical usage by the end of the day. On Twitter, a ‘Chalo MemeChat’ has started trending as many users have opted to use the platform to preserve their data and find a more lucrative means of making memes."

The new rules, notified on February 25, create a three-tier grievance redressal mechanism. Social media platforms with more than 50 lakh users have to appoint a Chief Compliance Officer and a Resident Grievance Officer to respond to complaints.

In case the authorities flag any content, it needs to be taken down within 36 hours. Twitter is currently engaged in a tussle with the Indian government over the tagging of some of the tweets posted by ruling BJP leaders as manipulative. While the social media giant did not act on the directive, Delhi Police raided two of their offices.

Among OTT players, Amazon Prime has complied with the guidelines. They have put a grievance redressal form on their platform, appointed a Grievance Officer, and shared his contact details on the platform.

In a statement, an Amazon Prime Video spokesperson said, “Over the last three months, the Prime Video team has worked tirelessly to ready the service to be compliant with the Information Technology (Intermediary Guidelines and Digital Media Ethics Code) Rules, 2021 (New Rules). With a view towards prioritising the empowerment of our diverse and discerning viewers to make informed viewing choices, we have successfully adapted our processes to make Prime Video as a video streaming service compliant with the New Rules.”

The IT Rules mandate also OTT platforms to establish grievance redressal mechanisms and appoint grievance officers to address complaints. They have to classify content based on the age of the users.