Veteran journalist Karan Thapar says the media hasn’t been vocal enough when it comes to holding the Prime Minister responsible for the mismanagement of Covid-19 pandemic. He also feels the media is lacking in its coverage of the second wave in rural India 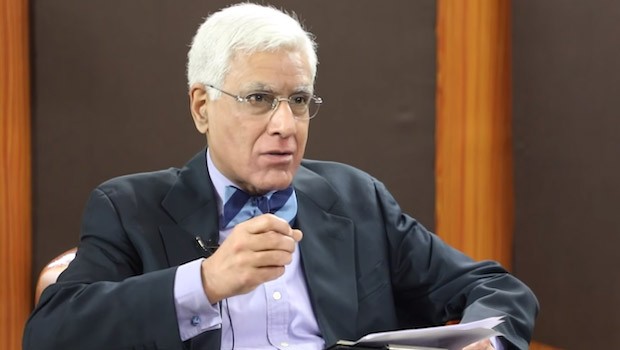 The Indian media’s coverage of the ongoing Covid-19 pandemic has come under global scrutiny as publications and news channels have mostly stayed away from holding the country’s top leadership responsible for the crisis. The mainstream media houses have instead narrated that the catastrophic event that led to the death of lakhs of Indians has been because of a ‘system failure’.

The failure of the mainstream media to put the responsibility on Prime Minister Narendra Modi, who’s seen as the most influential leader in the country and is hailed by the media for every achievement India has seen in the last seven years, has put a question mark on the credibility of Indian media.

Also read: Commentary: Why is the mainstream media shying away from taking PM Modi’s name over covid mayhem?

BestMediaInfo.com reached out to veteran interview show host and columnist Karan Thapar to know his opinion on how the Indian media has covered the crisis. Thapar feels had the same crisis broken out during the time of Prime Minister Manmohan Singh, the tone of Indian media’s coverage would have been different.

India's handling of the pandemic is making news globally. What's your opinion on the way the Indian media has covered it?

One cannot have a simple single opinion of how the Indian media has covered India’s handling of the pandemic. This is because some have done an appalling and shameful job whilst others have been pretty thorough, analytical and informative. I can only talk about the newspapers and channels I watch.

I think NDTV has, fairly regularly, done a good job. They have not only asked and pursued the right questions about the different viral strains, the spread of the disease and the government’s cavalier attitude to the scientific advice it received but, additionally, they have also brought home human aspects such as the critical shortage of beds, ICUs, oxygen and the heart-rending stories about deaths, crematoriums and bodies floating in rivers. Recently, they have begun focussing on the spread in rural India and the utter inadequacy of the healthcare system to handle the increase of cases in villages.

The papers that I admire are the Hindu, the Express and the Hindustan Times. Some of the issues Hindustan Times has raised are worthy of praise. I mention specifically people such as Jamie Mullick, Sanchita Sharma, Rhythma Kaul and, in terms of the economic dimension, Roshan Kishore.  The editor’s column has also been useful reading.

Has the media been vocal enough when it comes to putting the responsibility on the Prime Minister? Since he's the one who has been in command?

The short answer is no. I was particularly disappointed that, with the exception of Business Standard, not a single paper picked up the Reuters story which conclusively proved that INSACOG scientists forewarned the government that the second wave could bring an exponential increase in cases and the government ignored this advice. Even The Wire’s interview with Rakesh Mishra where, in person, he confirmed this – Reuters had scientists confirming without their names being mentioned – was ignored. So I don’t think the responsibility has been squarely placed on the shoulders of the Prime Minister to the extent to which it could and should have been. No doubt Outlook and India Today published cover stories that blamed the government but not the PM specifically. Perhaps the Frontline cover comes closest to that because it has the PM on the front page.

Had a similar crisis broken out when Manmohan Singh was the Prime Minister, would the tone of the domestic media coverage have been different?

Do you think that the Indian media is even worried about the image it is building for itself in people’s eyes?

I don’t know if I am in a position to answer this. I don’t judge what the media writes or broadcasts in terms of the image it’s building for itself. But I do believe papers like the Hindu, Express, the HT in terms of its pandemic coverage and, to be honest, TOI, for the same limited reason, are read widely by people I know. NDTV is viewed widely. So I think some papers and channels have established their credibility.

However, I think the BBC’s coverage of the pandemic is superb. Obviously they cannot and will not give the same length of time that an Indian channel does but their attention to different aspects of the story, to an analysis of India’s handling, and the tragic human aspects, has been superb. Out of foreign papers I would mention with praise The Guardian, Financial Times, NYT and WAPO and, of course, The Economist.

What it would take for the Indian media to restore its credibility?

To start telling the truth, the full truth and to do so all the time.

The virus has now reached rural India. Do you think we are able to capture the extent of the devastation?

What will be your advice to the media houses who are deciding to blame it all on the system failure?

There is no doubt the system has failed. That’s a pretty obvious thing to say. They need, however, to ask why the system failed?

Has the media given in so badly that the next government in power will use the same tactics to control them?

It depends upon who forms the next government and that, in turn, depends upon how bad the situation is when this one goes.