The Covid-19 pandemic has led to a significant change in the marketing strategy of AirAsia India. In a conversation with BestMediaInfo.com, the Chief Marketing Officer of the airline talks about the overall impact of the pandemic on airlines and the aviation sector as a whole 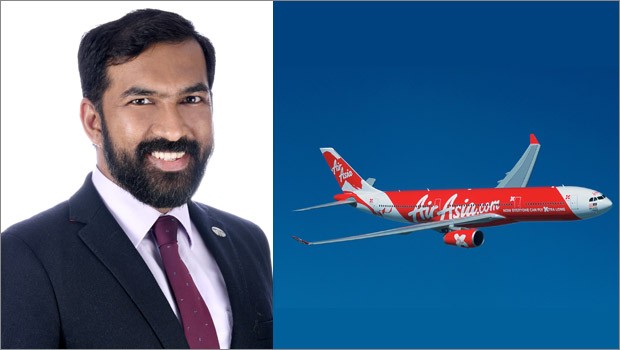 The advertising spends as a proportion to revenues for AirAsia India might not have changed significantly this year, but its strategy overall is largely pivoted towards digital and earned media rather than paid media.

Being one of the first ones in the aviation industry to come back to the market last year after the lockdown with ATL media, a large chunk of its ad spends is allocated in long-term value creation, the intervention of digital initiatives and data collection more than necessarily on immediate sales initiatives.

Siddhartha Butalia, Chief Marketing Officer, AirAsia India, said this is because the nature of travel has not been very discretionary through 2020.

“We did traditional advertising towards the end of the last year because there was a significant pent-up demand, especially among younger consumers, for leisure and holiday travel. And a more discerning travelling audience has a lot of long-term potentials as well. So we looked at communicating the salient features of the airline as well as the flexible policies through print advertising. We took double-page spreads in lead sections across Times of India and outdoor campaigns across cities. We took the opportunity to communicate both through ATL as well as through digital media,” he added.

There is no specific marketing strategy for the brand this year due to the second wave of Covid-19.

“I think the dynamics of the media mix have changed significantly in this period, and some of those changes will be here to stay. We have found that earned media or PR and communications worked very well for us, rather than the traditional paid advertising route that most organisations use,” he said.

In times of crisis, it has realised that the activities that garnered the maximum interest and appreciation were those that were actually driven outside the traditional remit of creating content for marketing.

It came up with a campaign and initiative, ‘Umeed Ki Udaan’, which it undertook organically in the first stage of the pandemic last year.

Amid the pandemic, it has been leveraging digital initiatives and the mandates that the government has put on the self-declaration forms and universal web check-in. He said that the amount of data that the brand procures from this is richer than any of the traditional media that people would use to advertise.

Explaining how AirAsia strived through the pandemic last year and ensured the brand’s stability, Butalia said it had the foresight of learning from other AirAsia group airlines, including in China, in the beginning of 2020, which enabled it to embark on a very agile three-phase strategy. The same strategy continues for the brand with a keen eye through regular digital dipsticks to get insights from very dynamically changing consumer sentiments.

“Because in the quest for growth for all these years and the boom that has been happening, I think marketers have often done a disservice to the core fundamentals of what marketing is, which is about the customer experience. And it is very personal at multiple levels; it's the rational experience, the emotional experience, the sensorial experience. So instead of focusing on where we should find new consumers and what to sell to them, I think it's time that marketers begin to focus again on how their brands can play a role in making consumer experiences enjoyable and inspiring again, and brands that do that are the brands that will be around for the long term and be relevant in consumers lives,” he said.

Recovery of the aviation industry by 2024

In terms of business and growth potential, he said the aviation industry is nowhere close to pre-Covid levels across the world. Aviation was clearly among the most adversely impacted industries globally by the crisis.

Global passenger traffic in 2020 fell by about 66% over the year before. And the International Air Transport Associations baseline forecast for 2021 is a 50% improvement on the previous year’s demand, which should bring the industry to half of 2019 levels. And that's notwithstanding a severe downside risk of more travel restrictions in response to the new Covid variants, in which case the demand improvement could leave the industry at only 38% of 2019 levels.

However, he said there is a silver lining for regions such as India in this period.

“Among the top three domestic aviation markets in the world, China, US and India, there is a significant 5-6x gap between India and the top two markets, which to my mind is indicative of the potential. Non-suburban rail traffic exhibits the potential for a massive inherent domestic travel demand. As per recent reports, India is projected to have the fastest recovery globally after China at 91%. Even though the immediate focus does not look brighter, most pundits are predicting recovery maybe around by 2024,” he said.

Despite the slowdown and negative impact on its growth, the company did not lay off its employees but instead invested in reskilling and training them digitally.

Quoting this as a critical part of its strategy and the spirit coming along from a similar initiative across the Tata Group (which is now an 84% investor in AirAsia India), he said that one of its strongest values is being people-first.