Industry leader Maruti Suzuki plans to substantially increase its adspend in the current fiscal over the last year’s spend which was Rs 700 crore. With the beginning of the unlocking process in several parts of the country, other players will also increase their advertising spend

Even though automobile sales had come to a standstill because of the nationwide lockdown-like conditions triggered by the Covid-19 pandemic, the auto companies are optimistic of the sector bouncing back with the beginning of the unlocking process in several parts of the country.

The companies are hoping that sales would pick up once the major metros of Delhi and Mumbai begin the unlock process next week and feel that the numbers would pick up in the second quarter of the current fiscal.

To ensure that the customer comes back to the showroom, and also to catch up on the pent-up demand, the companies are planning to spend more on advertising as compared to last year.

Industry leader Maruti Suzuki has plans to substantially increase its adspend in the current fiscal over the last year’s spend which was Rs 700 crore.

Shashank Srivastava, Executive Director, Maruti Suzuki, said due to the second Covid wave, at least 94% of the retail sales were impacted and bookings had dropped significantly. “And what happens next depends on the number of Covid-19 cases and the geography of the spread since this time it has impacted rural areas as well. However, there are fewer negatives this year compared to last year since the industry is not completely shut, vaccines are here and there’s still a trend towards personal mobility.”

The auto players are quite optimistic and hopeful of achieving good growth on the back of good monsoon and vaccination.

Though the impact of the pandemic has been high in rural areas, the monsoon is expected to be normal and demand might still be strong.

Srivastava said since tactical advertising cannot be done on TV, print will play an important role for auto players. There will be affinity towards the sports and news genres while it will be a little lower towards GECs this time.

“Digital spends will grow about 30% this year from 23% last year. This time it is unlikely auto firms will cut down on advertising completely because we have more experience this year. I would expect ad spends to increase this year. For us, it was Rs 700 crore last year; I think that should go up substantially,” he added.

“Amid the crisis, car buying has understandably taken a back seat. There is definitely going to be a drop in sales across the board. While the demand for vehicles remains strong, there will be some industry challenges related to supply chain, dealership activity and customer movement in the coming months, given the localised restrictions in several markets,” a spokesperson from Audi said.

As a brand, it continues to focus heavily on digital and social media platforms and assess the customer engagement offered by various platforms as the situations evolve. Print and broadcast remain important communication channels for it.

Maruti's Srivastava said, “Last year’s numbers incidentally weren’t so low compared with the previous year. In FY19-20, the total sales were 27.7 lakh and in FY20-21 it was 27.1 lakh. There was a 2.2% drop in the industry. So as far as wholesale is concerned, it wasn’t such a bad number last year. Even the retail numbers last year were slightly more than the previous year. Also, FY 18-19 was the year with highest sales at 33.3 lakh. There was a sharp fall in FY19-20, which further slowed last year. So, this year an uptrend was expected as there had been a few years without any growth and we are way behind the peak of FY18-19. People weren’t really expecting the second wave to be so strong. The projected growth for FY 21-22 before this wave was between 31-32 lakh (similar to FY18-19), a significant growth over 27.1 lakh last year. This year began fine with good bookings across industry and inventory levels were also low. However, after the second wave and lockdowns, 2,500 out of 3,140 outlets were impacted and closed and bookings dropped."

"This time there is an impact in rural as well. Although once this period is over and sentiments become better, demand is going to come back since the economy is quite okay and is projecting good growth. Negatives are probably less this time since vaccines are also there, which bring some amount of certainty. Export demand is better. So, this time, the ramping-up will be faster since the industry has not really been shut completely," he added.

“We hope the present wave of the pandemic retreats soon to allow recovery in time for the festive season. This wave is more widespread and is resulting in significant uncertainty. We will have to wait and see how the situation pans out in this quarter and the coming months. The drivers such as a strong rural economy and the need for personal transport options in view of the pandemic indicate a favourable scenario for the growth of the two-wheeler industry,” he said.

Given the suspension of IPL, and with Olympics still in doubt, he said most brands will have a relook at their media plans and investments. The brands will gravitate towards digital with renewed vigour and allocate more resources and money than they have in the past.

When markets opened up after the first wave last year, the replacement market saw growth stemming from pent-up demand. Apprehensions on using shared or public transport and a shift to personal mobility drove the demand for two-wheeler tyres. The largest growth was seen in tier II and III towns.

Amit Tolani, CMO, CEAT Tyres, said every segment of the industry is witnessing a steep decline in sales due to the second wave.

All auto majors are impacted and OE (original equipment) vehicle production has been disrupted at several locations due to manpower absenteeism, supply chain issues and low customer demand.

Tolani believes there is a preference towards personal mobility but says people’s savings have also reduced during the second wave due to slow economic activity in FY21 and minimal cash inflow from migrant relatives and high medical bills.

The pandemic hit the automobile industry quite hard as businesses were brought to a grinding halt, the workforce was displaced, and the purchasing power of many people was restricted. However, it proved to be a silver lining for the used luxury cars market. Factors such as depreciation and Bharat Stage VI norms played an important role in changing the perception of several customers. 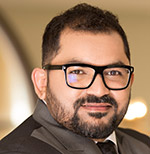 Jatin Ahuja, MD of Big Boy Toyz (BBT), said the process may have slowed down but just like last year, it is expected to be another pandemic-related roadblock and will soon be over.

Covid-19 already has had an impact on the pre-owned luxury car market, where consumer demands increased due to social distancing norms and increased aspirational values from tier two and three cities. Hence, the second wave will eventually help boost the market and market conditions.

According to a recent report by the Society of Indian Automobile Manufacturers, the pre-owned Indian automobile industry, which accounts for over 18% of the market share, recorded sales of around 4.4 million units in FY20. Last year, the industry was valued at 180 crore and it was expected to grow at a CAGR of 15.12% in the forecast period of 2020-2025. While progress is slow, Ahuja said it has been steady due to the recent events.

Additionally, the demand from tier-II and III cities for used luxury cars has given the industry a new perspective. As more buyers are becoming aspirational, the demand for pre-owned automobiles is expected to grow further, which will help the used car dealerships penetrate deeper into the non-metro cities of India. The pre-owned luxury car industry is booming with expanding sales and online channels, and BBT will spend in areas that showed promising results during the first wave.

“With all the restrictions and social distancing norms in place, people are more active online. This only improves our chances to spend and be seen. Offline marketing or advertisements will gradually reduce owing to a fewer number of people on the streets than in front of a mobile screen,” he said.